The think-tank that sank? 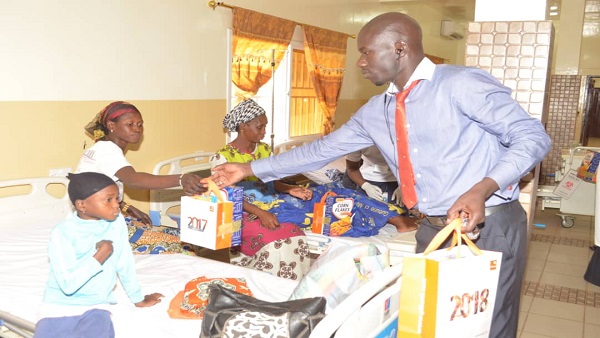 Two years ago I watched this beautiful inauguration on the Internet; speeches were held, promises were made with intention to be held. Young people sang and made short theatre sketches with an important message. Dignified men had turned their trousers inside out to find the most advanced words for their speeches, words they hardly understood themselves. The words had that special sound that made people reluctant to ask for a translation into ”normal” English, they didn’t want to reveal their ignorance. Female speech holders had got new wrinkles on their head wraps by their efforts to look smart in every way possible. Oh dear, it was a beautiful moment of time, a moment that contained a lot… of emptiness.

So what happened to the think-tank?
Is it to be found on the bottom of the Atlantic Ocean, together with pieces of plastic, sunken boats and dead tortoises?
The money invested in holding this great ceremony could as well have been flushed down the toilet, together with all the other crap we hear. I am still naive enough to believe that there are politicians and leaders of the world who actually wish to do something good for their people. These leaders and politicians are willing to listen to their people because they care about them. It is not that the politicians and leaders grew up on a deserted island, completely alone and without any relatives and friends, and suddenly were magically transferred to some country that needed them. When they had landed in their new country they would find a lot of benefits waiting for to be used, bank accounts stuffed with money, a large house to live in, nice cars and a driver ready to obey every wink.

That would be great, maybe some of you think, but everything comes with a cost. Being some kind of leader, with some kind of influence, in your own country, means that you will somehow have influence over the lives of your parents, sisters, brothers, cousins… You see the picture. The Gambia is very small, feels sometimes more like a large village instead of a small country. You can’t avoid people there, you will meet them or they at least wish to meet you in your ivory tower. Remember who is paying your salary? Remember who is struggling to buy a sack of rice while you are eating at a restaurant?
Remember who sends their kids to a local school with poorly educated teachers while your kids go to private schools? Remember who is taking the public transport, or walk for miles, while you are driving your comfortable car with air conditioning and soft seats?
Remember who pays for your welfare? What do they get back from you?
Don’t you care, or do you try to hide that you care? You hide it behind your shame, and shame often hides itself behind aggression.

For what reason did you decide to get involved in politics? Was it true passion, honest commitment to a great cause, or was it the benefits that you could see somewhere far away as a mirage in the desert? You knew that when you finally reached it, there would be a place filled with everything you needed for a good life.
So what about the others?
Which others, you ask.
The others, those you stepped on to climb higher, those you pushed away to be first, those you ignored because they would slow down your pace and you were in a hurry to reach your position before anyone else.
Those with bruises, broken hearts, lost hopes and dried tears on their cheeks, it is them I am speaking about.

Do you care?
Can you see them?
Can you hear them?
They are your brothers and sisters, your relatives and your friends. They believed in you, they voted for you because they thought you cared about them and their problems. Do you feel their disappointment? Do you ignore their calls, their emails, and pretend that you don’t see them if you would happen to meet them somewhere?
Isn’t it sad that as soon as you reached your position, you found yourself so high up that you can’t look down without feeling dizzy? It’s like standing on the top of a high mountain, and everything you see is a cloud surrounding it. Do you feel proud of yourself ? Are you prepared to reach out a hand to help others to climb together with you, or would you push them instead because you fear the competition?
How did you manage to reach the top? Was it because of your qualifications as a climber or because you didn’t mind climbing on the top of others? Is that why you are so afraid of intellectuals, because you fear that they will see through you and discover your shortcomings? You are on the top because you have been climbing for a long time, not because you are the best climber. You are noticing that other climbers are catching up on you, they are younger and more qualified, and that is a threat. You feel that you deserve your position because of your age and status, high education has nothing to do with it.
Our leaders speak about the importance of education, but still the education system in The Gambia is on a very low level. The teachers deserve to be better educated, knowledge is a phenomenon that needs to be refilled on a regular basis. The schools need to be better equipped. Teachers even need to buy their own equipment for being able to hold their lessons. That is a shame! While I was in The Gambia I spoke to a teacher who works in a rural school. He told me about how many pupils he has, his work load, the poorly equipped classrooms and the low salary. I gave him some money so he could buy a little equipment. This man is struggling, as everyone else, he has a family and his low salary is not enough to make him manage for a whole month. Every month he needs to borrow money, and when the salary comes the debts must be paid. This means that he finds himself without money again and this wheel of bad fortune goes round and round.

I heard from a near friend that the fee for studying at the University of The Gambia is D35,000! That is outrageous! Every state with dignity allows its young ones to study for a reasonable cost. If not, how will it be possible to educate new leaders, doctors, lawyers, journalists, nurses and so forth? We are speaking about an investment in the future, because not even our recent leaders will be able to work forever.

How can a fee of D35,000, for each school year, be defended in a poor country as The Gambia? How is it possible for parents with a normal income to pay this for their child? What if more than one of their kids is qualified and wish to study at the university ?
We need to add more costs to these D35,000; there are books that needed to be bought and additional costs that needed to be covered. Is there a true will in The Gambia to invest in the future of our youth, or is that only platitudes? When my thoughts are going in the most negative direction for a while I even ask myself if there is a strategy behind it. Could it be as bad that some people see the need of keeping the number of high educated people on a low level so the newcomers won’t compete with the establishment?
I might sound a bit too sarcastic, but I have noticed a fear of intellectuals in The Gambia. This fear is not among common people, this fear is instead spread around the establishment. They prefer to hire their friends or relatives, because by that they can control them. People who feel that they owe you a lot, are not easily complaining about things even if they needed. Hiring intellectuals might end up in them finding the ”skeletons” you are hide in your wardrobe. These skeletons are your shortcomings, the facts that you have got your position for other reasons than your CV. You don’t want that, do you? You deserve your position because you have worked so hard for it, for so many years, and because you are a friend of Mr This and Mr That, and he owes you that because he is the cousin of someone whose grandfather lived in the same village as your aunt who also was the older sister of your neighbour who is now your boss. Sounds confusing, but that is really what happens in The Gambia. It is not a matter of WHAT you know, but WHO you know.

Is there a true will in The Gambia to become a part of the modern world? If there is; then show it! You can’t build up a country from the bottom only by blah blah and by focusing on rivalry and tribalism. Tribalism is a part of your history! We must know our history to understand the present. Have we come that far we will find ways to influence the future so we don’t repeat the same mistakes over and over again. In the old days village chiefs sold their own people for gunpowder or some pearls. Even sea shells were used as currency, which we can see at the museum in Juffureh. One person, or this person together with his associates, sold their own people and we must ask us the reason
We are coming closer to that fate again, and I fear that not enough people realise that until it is too late. The only way we can protect The Gambia from modern slavery is by awareness and that comes by education. We must change the education system to modern standards, we must encourage the youth to become independent thinkers. They are the future, but are they given the correct tools for building it? While I stayed in The Gambia I held a workshop for a group of youth. The theme for the workshop was: ”Sail or sink? Create your own think-tank”.
I worked together with a wonderful and ambitious group of girls in different ages.
We began with evaluating their every day lives to find the problems that needed to be solved. Together we found several areas; the environment, public transport, education system were some of them. The girls split up in smaller groups, chose a matter for each group and began to discuss. After about 30 minutes they made a presentation and told us about their discussion and their solutions.
I was amazed to see how seriously they worked with the matters they had chosen. The presentation each group gave was professional and the solutions the girls had found were something we should present for the leaders of The Gambia.
This is how we build our future leaders; by education, by encouragement and by being role models – not by suppressing their creativity.