Scorpions winger Yusupha Njie’s FUS at the weekend secured their second win of the CAF Confederations Cup by beating Tunisia’s Club Africain 2-1 in Rabat.
The Tunisians took the lead but the hosts rallied in the second half to grab all three points after the Gambia international was introduced in the 58thminute.
Njie and Rabat top Group A of the standings with six points after three outings. They face Club Africain, Kampala Capital City Authority FC and Rivers United respectively before heading into the final stages of the competition later this year.
Njie, who has been called up for the Scorpions’ Africa Cup of Nations qualifier match with Benin on Sunday, has scored just once in the competition this season. 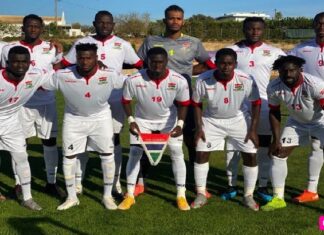