Tribute of a UTG graduate 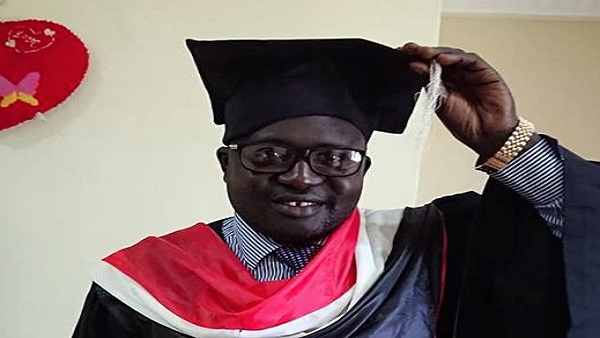 There is no better feeling than putting on that gown with your name loudly called through the PA system and asked to move forward in the presence of family, friends, colleagues and well-wishers as you were awarded a Degree having been certified by your University in character and in learning. Yes, I was one of the founder students of the School of Journalism and Digital Media of the University of The Gambia and on Saturday I was one of the 13 students that became the first graduates of the School in a colorful ceremony punctuated by pomp and fanfare. Indeed it was such an emotional feeling.
I first entered the four corners of the UTG’s Kanifing Campus in 2014 as a freshman but after 4 tough, tiring, exhaustive and challenging years of studies and hard work, I’m already looking forward to greater achievements.

It was two separate classes that graduated on Saturday when the programme began, we were 14 in number as the first cohort but some dropped along the way while others decided a departmental transfer was the best for them and in the end, only seven graduated from my class and the other six from the second class. However, no one can ever take away, from them, the fact that they were among the first cohort that entered into the programme. Though the journey was rough and long, it was worth it and to a very large extent, it was through the support and encouragement of many people that I came this far. Even though I cannot name everyone, some people deserve mentioning for the positive role(s) they’ve played in this success.

First, to my family and friends, I say thank you very much for standing with me throughout this period. You people are the best and nothing will ever separate me from you. My brothers Sulayman and Kutubo deserve special commendation for preparing me better for the challenge of a university education having gone through the same process the both of you. Father I know you’ll be smiling at me from heaven for fulfilling one of your greatest wishes but Allah needs you with Him most that’s why He terminated your life on that fateful Friday afternoon of November, 2010. However, I pray that He keeps mum with us for many more years to come.

To my godfather Alhaji Ousman Basi Conateh, popularly called Fisco and my friend and brother Cherno Samba, I cannot thank you enough but can express my profound gratitude and appreciation for the support, especially in the first two years of my programme, which were very tough. Both of you wouldn’t be happy that I mentioned this but it’s a Sunnah of the Prophet Muhammed (PBUH) that when someone does good, say it to encourage others. Thus, I’ve no choice for without your interventions at the time, I may not come this far.
To Professor Muhammadou O. Kah, you’re a rare gem and the history of the University of The Gambia can never be completed without a special mention of you. Against all the odds and his demeanor towards the profession, you were able to convince Jammeh the need for a Journalism School. My Dean, Mr. Nana Grey-Johnson, you too deserve a special commendation. You were resolute in your argument for the establishment of the school and it’s safe to say that the School of Journalism and Digital Media is your baby. Since the beginning, you were very proud of us but at the same time though. I remember our many disappointments as students with some of your decisions but today we’re proud to say it was to our advantage. You molded us well and we’re all prepared and armed with unlimited ammunition to face any future challenges of life.

To my classmates, Karabulie Conteh, Sang Mendy, Omar Wally, Modou Kanteh, Saikou Ceesay, Bekai Njie, Hatab Fadera and Sukai Gaya Gaye, there is none like you. Despite my imperfections and sometimes crazy attitude, you didn’t tolerate me but rather accept me for who I’m. To all my lecturers, I say Alabaraka. To the late Momodou Saidy of the Daily Observer, may Allah grant you a final abode in Jannah; you’ve been a true mentor and allowed me the luxury to study and work fulltime concurrently. Special thanks to the Daily Observer for giving me the opportunity to express myself in a profession that I love. Pa Malick Faye, God will bless you for bringing me on board to the DO, where I rose through the ranks from a Freelance Reporter to the Editor-in-Chief. Nanama Keita, Momodou Sabally, and my darling Fatou Kinneh Jobe I say thanks to all of you.

To The Gambia Football Federation under the leadership of Lamin Kaba Bajo, I’m short of words. But from the depth of my heart, I’m grateful for taking over the financial burden of my education following my formal confirmation just three months into my tenure as your employee. My Diplomat par Excellence, thank you on behalf of the Federation and your own behalf for being a good brother. To the Finance Department headed by Kemo Ceesay, you also deserve special commendation for ensuring that my dues were paid on time and please extend my sincere thanks and appreciations to the GFF Finance Committee for approving my application for scholarship. And to my colleagues at Football House, I could not have chosen better workmates following my unceremonious departure from the Observer.

Mr. Bakary K. Jammeh, you and I know that unfortunately I do not have the proper adjective to measure the impact you have on my life. But I say thank you for unearthing me and always believing in me. You and my late uncle, Yusupha Camara made more impact on me than any other aside from my parents. Baks never let me down for once and sometimes our conversations were brutal and honest, but it was the best for me and knowing the kind of person you’re, you will never advice anyone otherwise. You’re honest, truthful, a gentleman of an unimpeachable character and above all modest. I pray to Allah for His continuous blessing and guidance of you and yours.

The last they say you save it for the very best. Thank you my darling wife Mariama S. Jallow. The impact you made since you came into my life is immeasurable. And list I forget, thanks for the pleasant surprise of a graduation lunch; I left loved and spoiled that day. My buddies Yankuba Samateh and Buba Ceesay and the latter’s beautiful wife Ajaratou Binta Sanyang, you all deserve special mention. To everyone else, I didn’t deliberately fail to mention you but it doesn’t make you less important in my life.
Aujourd’hui je suis peut-être parfait mais je parle peu le français grâce à l’Université de Gambie.

Baboucarr Camara graduated with BA in Journalism the very first batch from the School of Jourmalism. He is currently Director of Marketing & Communications at the The Gambia Football Federation. 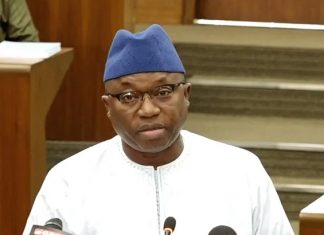 September 21, 2021
By Nyima Bah Gambia Participates in partnership with the International Republican Institute organized a 2-day stakeholders' dialogue on the budget allocation for 2022. The sessions, held...