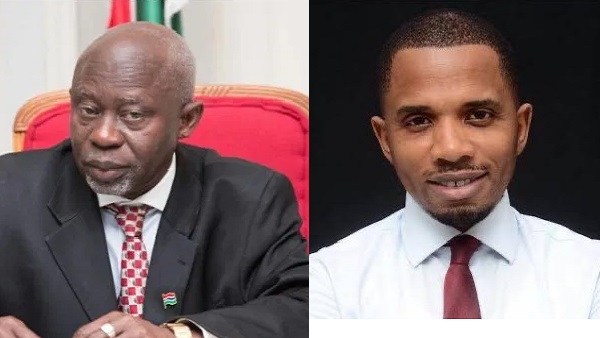 The United Democratic Party and Citizens’ Alliance have condemned torture claims against anti-crime chief Gorgi Mboob on one Ebrima Sanneh.
Mboob has come under immense pressure following allegations that he beat Ebrima Sanneh on his genitals while the latter was detained at anti-crime.
When the news of the torture broke online, the Gambia Police Force issued a press statement insisting that torture never happened.

But reacting to the issue in a statement signed by party leader Ousainu Darboe on Sunday, UDP said: “The UDP observed with utter dismay the conduct of the Gambia Police Force Anti-Crime Unit. That extremely serious allegations of torture and police brutality have been levelled against Mr. GorgI Mboob by Ebrima Sanneh. Mr. Mboob the Head of the Anti-Crime Unit allegedly hit Mr. Sanneh on his genitals leaving him with severe pains without any arrests or investigations. This type of wanton cruelty is reminiscent of some of the witness testimonies from the TRRC.

“The UDP vehemently condemns the alleged acts police brutality, personally meted out by the Head of the Anti-Crime Unit, Mr. Gorgi Mboob in the presence of witnesses thereafter offer an apology to the Victim Mr. Sanneh again in the presence of witnesses. Senior police officers are supposed to protect the citizens from crimes and not be perpetrators of crimes themselves and like any other citizens of the Gambia the GPF is not above the law.

“Therefore, the UDP calls on the IGP and the Hon. Minister of Interior to investigate this matter urgently and thoroughly. As in all cases of serious criminal allegations, the person suspected of committing an offence must be arrested immediately thereafter the Police can determine whether to grant bail or not. Without swift action on the part of the IGP in this matter, the Gambia Police Force will lose any credibility it still has with Gambian people. Without a proper investigation in these serious allegations the Gambia Police Force will damage its reputation further and that the GPF has not significantly changed since the ousting of the dictator in 2016.”

Meanwhile, the Citizens’ Alliance expressed similar position on the matter.
“A culture of accountability and truth is essential in maintaining public confidence in our public institutions. Citizens’ Alliance condemns, in the strongest terms, the continued violation of citizens’ rights by security forces. We also call on the government to ensure that state security agents are equipped with the character, discipline and training to carry out their oaths of office to protect and serve the citizens. Those found wanting in both the previous and current regime should have no place wearing the uniform,” the party statement added.