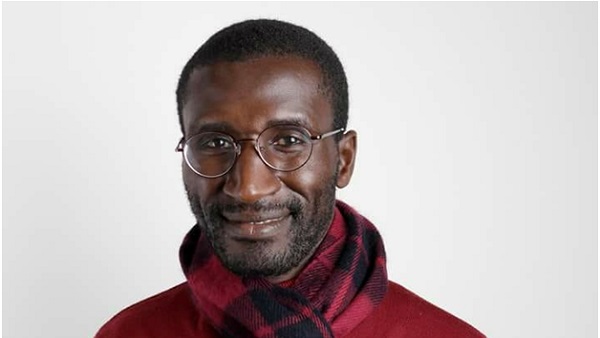 Professor Olivette Otele, the first Black woman academic who was appointed full professor in the United Kingdom (UK) in 2018, has agreed to supervise the doctoral thesis of Gambian filmmaker Prince Bubacarr Aminata Sankanu.
Olivette Otele is Professor of Colonial and Postcolonial History and the Chair of History at the Bath Spa University (BSU) in Somerset county, South West England, UK. She is mentoring Prince Sankanu through his terminal academic degree programme.
Sankanu is candidate for the Degree of Doctor of Philosophy in Contemporary History and Politics at the Bath Spa University. His doctoral research output is expected to fill an important knowledge gap in an under-researched area of African history and politics. The research will include history, sociology and arts methodologies. It entails field interviews, archival material, videos and documentary films as well as other relevant academic activities.

In her assessment of Prince Sankanu’s doctoral competences, Professor Otele, the Cameroon-born alumni of the French elite Univesité La Sorbonne in Paris says “the candidate’s rigour is evidenced by his previous work and by the research proposal. He will be an excellent fit in the history department where we have renowned expertise in the field of transnational history, migration history, history and heritage and cultural history and memory.”

Sankanu expresses gratitude for being an accepted mentee of Professor Otele. “I am a pioneer and like associating with pioneers of Professor’s Otele’s class who shift paradigms in their fields of vocation. She has the tested and trusted ability to supervise my work. I am deeply humbled that she has agreed to lead the critical examination of my doctoral thesis of forty to eighty thousand (40,000 to 80,000) words.” He explains.

On his motivation for the advanced research, Sankanu says “I decided to go for a PhD in Contemporary History and Politics out of my personal desire to understand the origins of some of the key challenges facing Africa today. We tend to neglect the past but by digging deep into ancestral archives and memory we will be able to understand the trajectories of our modern life. Africans are often discouraged from learning their history. I would like to help reverse this trend with my personal example. History is enriching, beautiful and fascinating. During my postgraduate studies at the University of Stirling, the research placement I had at the University’s archive stimulated my interest in learning more about the missing links between the present day challenges and the events of the past. I am humbled that the Bath Spa University has the wherewithal for the successful completion of my PhD in this field.”

Dr (to be) Sankanu encourages our Gambian society to value history.
“It is often said that Law is the element of society. From my analysis history is the soul of society as you cannot become a qualified lawyer, teacher, medical doctor, investigator, engineer, IT expert, banker, architect, journalist or accountant without studying the history of your chosen occupation. History is in everything and without history, people will be living like trees without roots. That said, the fact that we enjoy celebrating people and institutions that make history confirms the timeless interdisciplinary relevance of history.”
Prince is a native of Sotuma Sere in Jimara district of the Upper River Region of The Gambia. He holds, among other qualifications, a Master’s Degree in the Arts and Humanities with specialisation in Film Studies: Theory and Practice at the University of Stirling in Scotland, UK.

He is a prolific film producer and his recent films include Pain of Sorrow (The Gambia, 2017), Kuu Buka Labang (The Gambia, 2017), Hisirinwalle (The Gambia 2017), Bleeding Blade (The Gambia, 2017), Bubacard (Germany 2012) and Backfire (Germany, 2011).
Prince also co-produced a number of films in 2018 inlcuding Faasike with Bubacarr Zaidi Jallow and Chossano with Papis Kebbah Jobarteh and Franklin Admin. He is executive producer of the Gambian-German documentary film on the legend of Nyanchor Kelepha Sanneh of Kaabu Empire directed by Fenja Braster. The Kelefa documentary is expected to be premiered in the course of 2019. Prince BA Sankanu is founder of The Gambia’s premier annual CineKambiya International Film Festival (Ciff).
End