WAFU asks members to take their best to nation cup 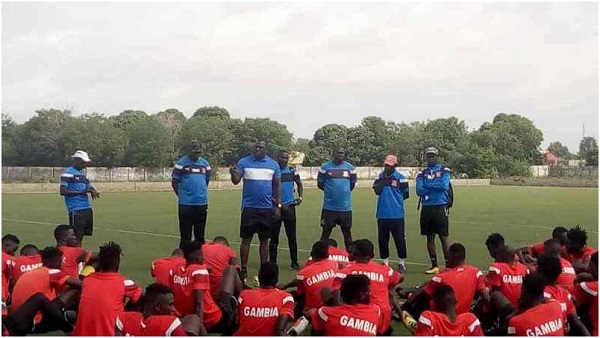 The now revamped West African Football Union, Wafu, is keen to make this September’s nation’s cup in Senegal a spectacular show that will lay the foundation for the region to catchup with others such as the Cosafa and Cecafa cups played in Southern and Central African blocs respectively.

The Cosafa Cup for example is a huge regional football jamborre where members take their A- side with all top professionals.

The tourney is huge in sponsorship often packaged by oil giant Castle and it is always a huge pride for winners.

It also provides a fitting rehearsal ground for its members ahead of both the African nations cup and d world cup qualifiers.

”This is what we are aiming to take Wafu to and the Dakar tournament will be a very important step.

We want all members to recognise this ambition and that’s why we have asked them to send their best to the tournament.

This is the biggest Wafu event has put together and its success depends on all members,” said Jammeh EK Bojang, secretary general of the Wafu Zone A.

Mr Bojang also recently told The Standard that there is no restriction on who can play as long as the players are citizens of the country they represent.

However The Gambia has selected to send the CHAN and Olympic team to the tourney and has since started the preparations.

A pre-selection exercise started at the technical training center in Yundum guided by coach Omar Sise.

Speaking in an interview with www.gambiaff.org, Coach Sise said he and his technical team started screening the selected players beginning Monday July 8 ahead of the competition.

“I’m very impressed with the commitment showed by the players so far. ‘

It is a good start although it is never easy but the amazing thing in this group is our first day turnout was very good which tells me that the boys are hungry to play,” he affirmed.

Sise further noted that he is currently trying to test as many players as possible.

“It is a preliminary selection and we will have a final list later beginning Wednesday because I’m also expecting a call up to a few professionals before I will announce the final team.,” he said.