WHO IS GOING FOR GOLD?..as national athletics championship starts 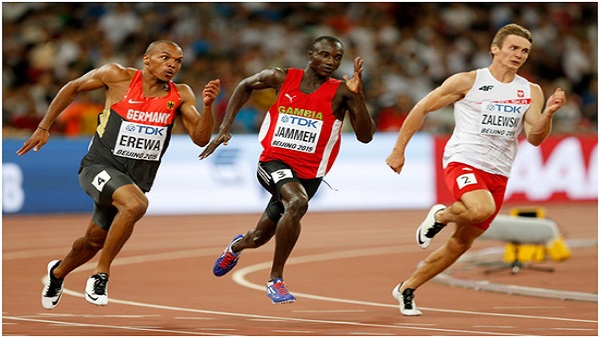 It is a busy year for athletics with both the African and world championships coming in Morocco and Doha respectively later this year.

A little further away is the 2020 Olympic Games in Japan.

The Gambia will attend all three and one place where her team will be selected in the national athletics championship which begins tomorrow at the Independence Stadium.

Arthur Jackson, secretary general of the Gambia Athletics Association, GAA, said the event is the flagship athletics event because of its huge importance in determining who breaks or holds the national record in the Under 20 and senior level.

”Ultimately the best of them will undoubtedly find places on the national team to the three most important international during course of the coming 12 months,” Jackson told The Standard yesterday.

Athletics may not have attracted the massive following like football in The Gambia but it surely has recorded more achievements.

At the 2012 Olympic in London, Swaibou Sanneh reached the semi finals in the sprint and The Gambia also won a bronze medal at the Commonwealth games in 1970.

However, the Gambia is yet to win a medal at the world athletics championship or the Olympics.

The country is hoping that top athletes currently attending the IAAF High Performance Centre in Dakar would lead the way in the hunt for medals at high level meetings.

They include the fleet-footed Adama Jammeh and Gina Bass.

“There has been great improvement considering the impediment like lack of finance and materials.

Athletics is expensive and highly technical these days and countries have to have means to compete at the top level.

But we are doing our best,” another GAA official told The Standard.

The championship will start tomorrow and ends on Saturday.