Who Should Go To Caf, Last Year’s Winners Or This Year’s Leaders? 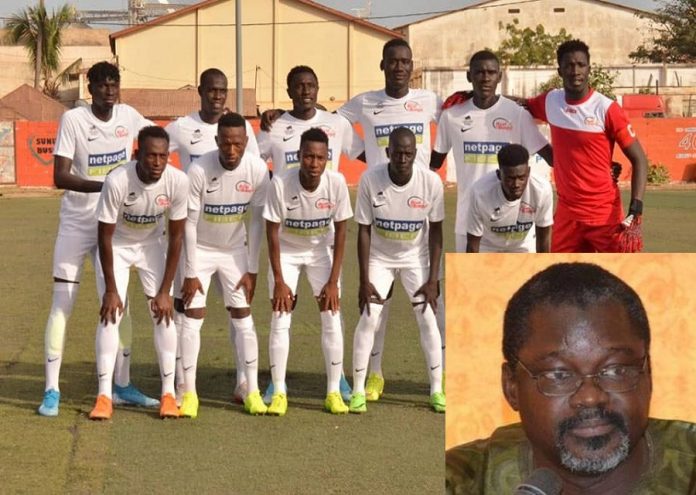 The GFF ‘s decision to pick Real de Banjul and Armed Forces to represent Gambia in the Caf champions league and Confederations Cup respectively, (if there happens any) have drawn criticisms from some quarters.

Last week, Football House declared the current league null and void with no promotion or relegation but controversially declared that Real who are leading the table at the time of the scrapping of the league should represent the country in Caf while Armed Forces in second place should do the Confederations Cup. The GFF based their decision on the two teams’ leading positions in the league standing before the cancellation.

However journalist Adama Tamba of Capital FM interviewed by Fanbondinews.com commented: “Both the GFF and club presidents who agreed to such decision failed the entire football fans. They did not refer us to the rules and regulations of such a scenario. The GFF just indicated that they just want to “GIVE CHANCE in their release. Has giving chance now become part of our football rules?”

Journalist Tamba further argued that the defending champions, Brikama United, should have been given the chance to represent the country in the CAF champions league preliminary round, while FF Cup winners, Real de Banjul (now given the right to participate in the club champions league preliminary), should have been sent to the Confederations Cup since the league has been null and void. “When a season is declared null and void that means the league standings has no bearings; so what criteria did the GFF use to select the two?” Mr. Tamba asked.

Also commenting on the issue is former secretary general of Brikama Sports Committee, Ansumana Camara, who said while he has no qualms with the cancellation of the football league , he however blamed the team representatives who agreed with the GFF to award CAF spots to Real de Banjul and Gambia Armed Forces.

“I blame the GFF not much. Teams that are currently frowning their faces at the Federation’s decision could have done a joint memo to counter their decisions with recommendations from their first press release. You cannot wait until a decision is made and want to react. Make hay while the sun shines,” he said.
Mr. Camara urged all the affiliated clubs to clear the air as to their stance on the issue for transparency purpose.