Will there be any tourists this season? 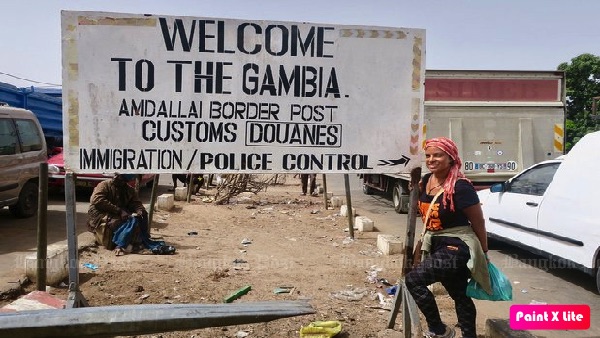 Will there be any tourists this season? This is a question many people have been asking themselves during all the sleepless nights they have had since the last tourists flew home at the beginning of this year. How has it even been possible to survive since then? So many Gambians depend on tourism. What kind of future will they have? What has been done to support them? We all know that groundnuts and tourism are vital for the Gambian GDP. Isn’t it important for the government to support the tourism industry? Isn’t it important to help people surviving? It’s not like there are plenty of alternatives for the unemployed – because the government has failed in that area too. Have they achieved anything useful during these four years at all? I keep on asking that as I don’t feel that I have got any satisfactory answers.

Ok, let’s be fair; people haven’t been dragged out of their houses in the middle of the night. We don’t need to search for new corpses in old wells and hopefully no human bones will appear in the sand when some kids are digging there making sand castles. But is this something you are supposed to be grateful for? Isn’t it a strange question to ask oneself, because finally no one is paid for killing you? What about your human rights? All human beings are equal, have the right to life, the right to express their opinions, the right to shelter and food to eat. This means food to eat – every day – not only if you have managed to scrape together some few dalasis to share among all family members.

Not only is The Gambia as a country in deep debt, but almost all citizens are in debt. It is like a vicious circle that goes round and round and will never end. Has the minister of tourism hidden himself under his straw hat, hoping that no one will see him and bother him with endless questions?

It must be hard work being a minister. All these tiresome people who expect them to answer a lot of questions and meet up their demands. Why don’t people understand that they should leave these ministers be? Let them have their meetings, let them sit in comfortable chairs and enjoy the cool area in a room with air conditioning. People are sooo jealous! They don’t think these ministers deserve their huge salaries, nice cars, big houses and all the benefits that come with rubbing shoulders with the president.

That is a question you should ask yourself and especially before the 2021 election.

What has the president and the government done for you so far? You have grown up with a deep respect for authority, but there was one detail that no one wanted to tell you – that the respect must be mutual. Officials of any sort are not semi-gods, they are people sprung from the same red soil as you. They have been hungry, been punished in school for not doing their homework and then punished once again at home because they were punished in school. They have been teasing each other, kicking each other on the football fields, fought in the sand for some kind of ”treasure ” someone claims they saw first. As teenagers they dreamt about becoming something big, having a nice car and eating good food every day instead of a small portion of rice with an even smaller portion of fish in it.

Their dreams have come true, and “the good old days”, that were not so good, are forgotten or erased from their memories. Together with these memories they also erased the memories of their friends who perhaps lived under even worse conditions than themselves. They erased the memories of broken schoolbooks that had been inherited from one child to another. They erased the memories of classrooms packed with kids who sat on hard wooden benches or even on the floor. Was this so long time ago, for the ministers and other officials, they might believe that the situation has improved by a miracle? We know that miracles can happen, but they don’t occur all the time. The word miracle means amazing or wonderful occurrence. The point with a miracle is that if it would happen all the time, it wouldn’t be a miracle. Miracles are supposed to be something special, something unexpected and greater than anyone could imagine.

Hmm… Perhaps I am wrong. Perhaps we should call it a miracle if things finally would improve in The Gambia. What if people suddenly have access to water and electricity every day? What if no one had to die because of under-equipped hospitals and enough hospital staff who can’t offer professional care? What if the roads are in good shape, if we had ambulances enough, if people have jobs and have reasonable salaries? Wouldn’t that be a miracle? This shouldn’t have to be a miracle, because this is how a normal society works! This is what you have your right to expect from the society. How can a society develop if children don’t get a good education? Too many are still on the same level as your colonisers allowed you to have. Why don’t you expect more? Why don’t you demand more? MASHALLAH, what happens is for the best and only God can help us.” That is a mantra you keep on repeating, but God helps the one who helps himself.

You live in a beautiful country where you can grown vegetables all year round. You don’t have to freeze because the climate is nice and warm. With this inefficiency, you would starve and freeze to death if you lived in Sweden. We can grow vegetables and other crops for about four months every year. We never know what kind of weather to expect even in the summer when it is supposed to be warm. It is cold here for more than six months and for three to four of these months the ground is covered in snow. Still we have managed to build up a strong society and a good economy.

We have not been profiting from other countries, we haven’t been colonisers somewhere and we don’t expect some other country to give us a lot of their GDP as France does with Senegal.

We have built up our country through efficiency and with solidarity. Solidarity is the key word for a society to be able to develop and become strong. If we consider all people as equal, we make sure that every citizen has access to the basics of water, electricity, food, education and health care.

One of the problems with The Gambia is that you mainly depend on two large areas for your GDP. You have been suffocating under the colonisers at first and a crazy despot after that. You haven’t been allowed to think independently, but the only one who can change that mindset is you! Don’t look back! Look forward and ask yourself what kind of future do you wish your children will have? What are you prepared to do to improve your own situation and by that; you children’s? Don’t expect anyone else to help you, do it yourself! Do it for your family, for your society, for your country. Begin by lifting off the straw hat from Hamat Bah’s head and ask him what he has done to help all those who depend on the tourists. If he is not prepared to help them – only God knows what will happen this coming season!