With sound policies, Africa can feed the world 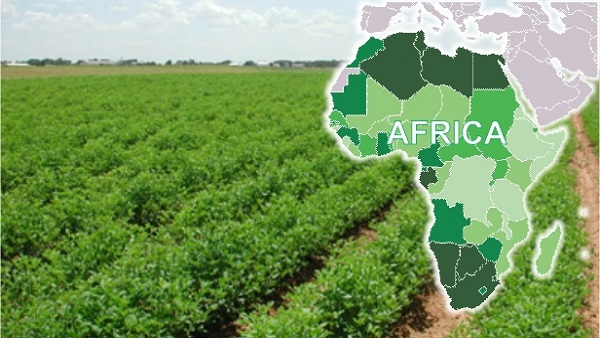 It is nearly one century and a half since man achieved flight and 60 years since he cracked space. Doctors are conducting surgeries that made content for science fiction 40 years ago and humans, in general, are advancing at dizzying speeds. Yet despite splitting the atom and converting the world into a global village, it is amazing that we have not found a solution for the plaguing food insecurity around the world. In The Gambia, despite the billions of dalasis and plethora of projects, we are a million miles away from realising food self-sufficiency.

It is estimated that one billion people globally are suffering from starvation and under-nutrition, with the Food and Agriculture Organisation (FAO) of the United Nations approximating that 239 million people in sub-Saharan Africa go to bed hungry. There are risks that this figure could rise with the population expected to grow to 2 billion by 2050, up from the current 1.2 billion. And based on the trends of present day Africa food production systems, the continent will only meet 13% of its food needs in 2050.

With these food-poverty levels characterising the continent, it becomes unflattering to realise that Africa boasts the world’s largest parcel of unused arable land – 202 million hectares, according to the World Bank. It is also mind-boggling to note that 61% of Africans work in agriculture, but the sector only accounts for 25% of gross domestic product (GDP), leaving 47.5 % of the continent’s population living on less than $1.25 a day. Curiously, a great majority of this starving population is made up of young individuals, who could be productively used for a radical shift in farm-based productivity.

So, with these resources being readily available, what is stopping Africa from becoming an agriculture-led economic powerhouse? One of the biggest challenges for the farmers in the continent has been poor access to quality farm inputs. For example, just 20% of Africa’s farmers can access improved varieties of seeds. Other threats to Africa’s agricultural productivity include poor storage systems, lack of transportation services, inadequate processing tools and weak marketing structures, all of which lead to significant wastage.

The two cases present a picture that is replicated in several countries across Africa. Clear cases of hard work with aborted returns. Higher sector returns are further undermined by inadequate market infrastructure, weak institutions and support services, and poor policies.

To achieve agricultural growth centred around the poor, governments across the continent are required to maintain a bold stance on policy reforms and formulation. Open dialogues between governments, farmers and traders must also take place with the conversations guiding design of public institutions, product grading and standards, plant protection regulations and market ethos.

It is only then that an agricultural transformation that will build social cohesion, drive beneficial continental trade, provide a platform for sustainable exports to the rest of the world, and, most importantly, help create millions of jobs while pulling subsistence farmers out of poverty, will happen.