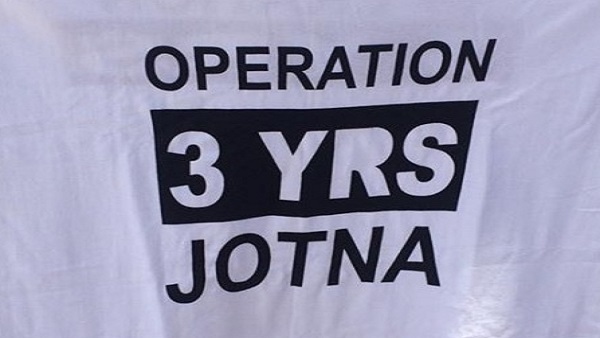 ‘Operation Three Years Jotna’, the proscribed pressure group has vowed to stage another protest to demand the sacking of all presidential advisers.
The group was declared subversive, violent and illegal by government and banned from ever operating in The Gambia after its January public demonstration to force President Barrow to step down turned violent.

Eight leaders of the movement were detained at state central prisons and slammed with criminal charges. They have since been released on bail.
The group’s spokesman, Hagi Suwareh told The Standard yesterday: “We are planning to stage another protest to demand the dismissal of all the presidential advisers with immediate effect. We want to apply for a permit immediately after the 21-day state of emergency has elapsed. We are very much serious about it. We want to protest and demand for the president to immediately sack all his advisers. We cannot continue to allow government officials to openly be involved in politics. If the president could sack civil servants because he feels they are UDP supporters, he should do the same with his own advisers who are openly supporting NPP.”

He said during the protest they will also demand an end to the alleged rampant corruption and the maladministration of the Barrow government.