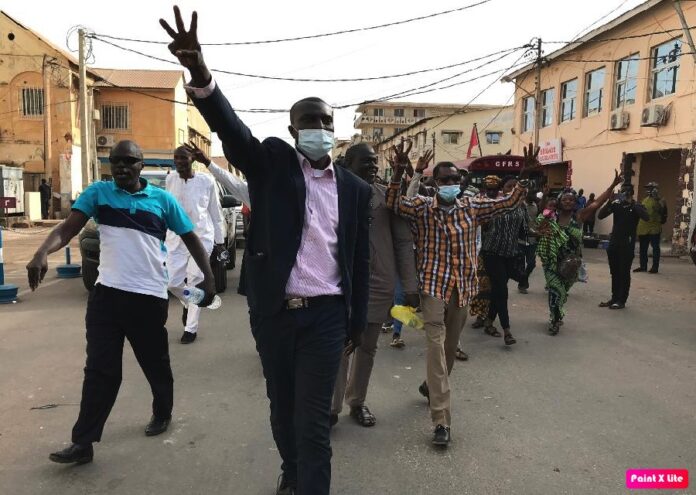 The nine accused members of the 3 Years Jotna group, charged with three counts of criminal offences, have denied criminal liability yesterday when they appeared before Justice F.A Achibonga of the High Court in Banjul.

The charges were read to the 5th and the 6th accused persons in Mandinka language whilst the rest were told of the charges in English. They all pleaded not guilty to the three counts.

The accused persons are charged with unlawful assembly, rioters demolishing structure and rioting.

Lawyer Lamin S.Camara, who represented the accused persons, applied for bail noting that they are charged with offences that are bailable under section 99 (1)  of the Criminal Procedure Code.

Camara informed the court that the accused persons have been on bail some five weeks ago since the state filed a nolle prosequi.

He said the accused persons would not interfere with the investigations or the witnesses and they are not flight risks.

In his response, principal state counsel A.M.Yusuf indicated that they were not objecting to granting bail to the accused persons but would leave the issue entirely in the hands of the court.

He therefore applied for a short adjournment to enable prosecution call its witnesses.

Justice F. A. Achibonga admitted the accused persons to bail in the sum of D100.000.00 in like sum with two Gambian sureties and the matter was adjourned to the 10th March, 2021 at 2:00pm for hearing.