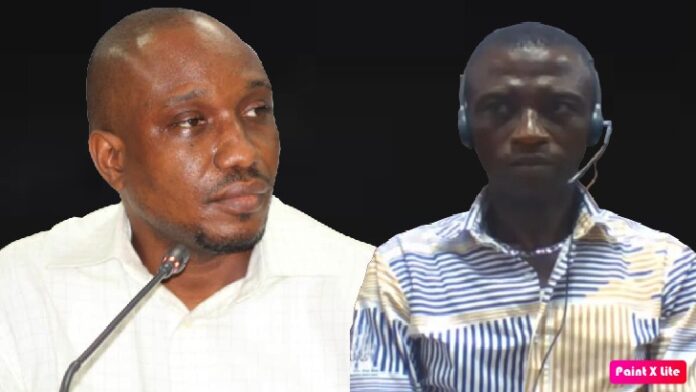 A survivor of the 2005 massacre of West African migrants in The Gambia yesterday told the TRRC how he was beaten and electrocuted by Gambian security agents leading to a loss of his manhood.

Eric Yaw, a Ghanaian explained that he was subjected to several torture methods including tightening handcuffs, beatings and electrocution by the security, following their interception at the Barra point.

He further alleged that these acts were committed by police officers led by one Sergeant Ndure.

“The torturers were many but Sergeant Ndure was the one who really disturbed us. They were beating and slapping us to tell the truth. We were not wearing any dress apart from our pants,” he said.

He explained that they were tortured for two weeks. “Every three days they will come for us and torture us. They starved us and took all our money.”

Asked by the lead counsel whether he sustained any injuries from the tortures, he replied: “Yes, until now I still feel genital pain and because of the handcuffs one of my hands is not even functioning well.”

He recalled that they were kept at police headquarters in Banjul for more than eleven months.

Asked whether the torture affected his procreation since, he answered: “From that time I have never got a child. In fact, I have not married.”

He said the electrocution caused that malfunction.

Yaw was later prosecuted and deported.

Meanwhile, the second witness Kehinde Enagameh, is the brother to one Nigerian who was killed.

He explained how the disappearance of his brother impacted the family. “I just hope that we are able to get some closure as part of the healing process.”