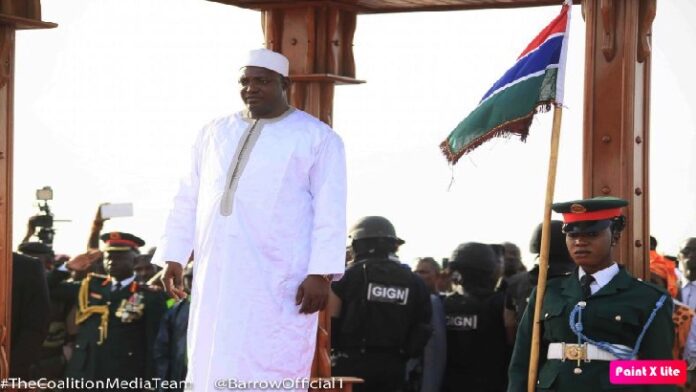 The underlying issue behind most cabinet reshuffles is usually political calculations. It is more so in volatile societies like ours, especially given the simmering bad blood that has come to characterize our politics.

To be clear, this is not the first cabinet change by President Barrow where his eyes are attentively focused on the ultimate political prize: consolidation of power, and the desire for reelections. A cursory look at all his cabinet changes will lead to one inevitable conclusion: an unmistakable desire for political entrenchment rooted in a strong impulse to weaken the political opposition.

Indeed, the first casualties of his cabinet reshuffle were none other than his perceived opponents in cabinet in the persons of Omar Jallow (Uncle OJ)—the former Minister of Agriculture; and Fatoumata Tambajang (Auntie FJT)—the former Vice President. They got axed not because they were corrupt or harbored corrupt tendencies but because, at a very mundane surface level, they did not fit the mold of nonresistance that the president was looking for in leaders on the political milieu to clear the decks for him to consolidate absolute power.

Weeding out perceived political opponents was orchestrated to court the sympathies of the UDP which, at the time, projected enormous political power and whose political base, President Barrow needed for his political viability and survival. Suffice it to say that, every allegation that was thrown at them could not be legally substantiated. In the end, it became clear that the ministers he dislodged from the cabinet, were all the abandoned stepchildren of a growing political appetite.

Political calculation, therefore, is the one thing constant in explaining the saga behind every political appointment President Barrow made in office. Certainly, where factors such as staleness in office, corruption, ministerial incompetence, perceived errors, and political rivalries are the quintessential anchors for cabinet changes in some countries, in The Gambia on the contrary, the one thing that forms the basis for such occurrence is political expediency. The callous political calculations that obtained under the Butcher of Kanilai can be said to be certainly true also under Barrow. The recent changes in cabinet and elsewhere should be seen through those goggles. Factors such as merit, getting rid of corruption or the glittering goal of wanting to attract needed experts into government did not form an overriding factor in highlighting the changes we have seen thus far. The current tussle with Bakary Jammeh, the Governor of the Central Bank, drives that truth to its logical conclusion.

The bold, assertive, and principled stance of Mr. Jammeh against his ministerial appointment unlike the others, such as that of Mr. Manjang of SSHFC, and Mr. Robinson of NAWEC, is more telling. It is more telling because it is clothed in constitutional raiment and comes with receipts alluding to the monumental political gamesmanship and lack of good faith at play here. His resistance exemplifies the second legitimate pushback against President Barrow’s unconstitutional transgressions. The first was his aborted attempt to remove Hon. Ya Kumba Jaiteh from Parliament. In any case, these incremental pushbacks symbolize a collective revolution of some sort. Gambians would be better off supporting or complementing their efforts standing by their cherished values to ensure that the principles they espoused so openly and have been fighting for decades do not crumble under the weight of a determined Machiavellian wannabe.

Hamad Sallah lives in Everett, State of Washington in the U.S. and holds a graduate degree in Public Administration.