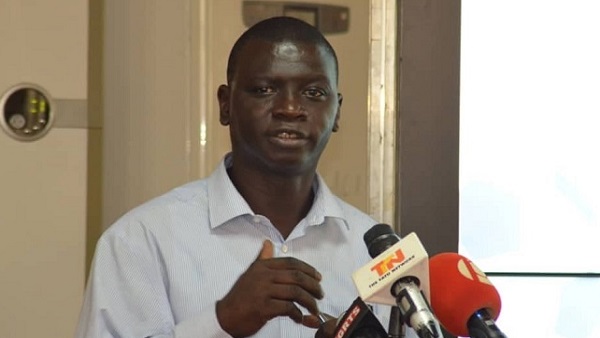 The Gambia’s biggest cellular company Africell has reacted to the ongoing spate of allegations of data cheat on its customers as “a misrepresentation”.
The company has recently come under fire amid complaints by its subscribers that it changes its unlimited bundle offering, leading to cheap data losses and unfavourable data packages.

Musa Sise, Africell’s communications and marketing director, accused the telecom regulator Pura which released a statement ordering Africell to compensate all aggrieved customers, of unfair treatment because it has no determinant to specify what crime the company has committed.

“If we had caused a crime, we would have been fined very severely so why the uproar and the unfair treatment?” Sise quizzed.

Sise explained the dynamics involved in the process are very complicated because the service has been abused by some individuals who used domestic Internet service for commercial gains by collecting money from other customers.

“After our investigations, we realised that people will buy our device to go and set up a sort of their own system and charge fees from people and after two weeks they would hit the ceiling of 200GB and that is not what you subscribe for until the end of the month.
“There is an industrial tariff and a domestic traffic but these few people abuse the entire network and are abusing Africell because they did not buy an industrial service Internet. They bought the domestic service, but they took it that they bought it and could do whatever they wanted to do with it.

He said investigations have revealed that some of “these people would use one number and buy for 10 different devices, thereby consuming as if they are commercial, when actually they are individuals.

“As early as January, the system started to get really bad with too many heavy users and when we conducted investigations, we realised that there are about 300 to 800 people who were using nearly what the entire country Africell subscribers would have used,” Sise said.
He said when the service was launched in 2019, it was virtually unused with 15 percent capacity usage but the influence of the heavy users affected its operation. He said Africell had invested US$ 6 million to expand and upgrade to a full 4G network but the equipment could still not land in Banjul due to reasons beyond them.

Asked why Africell is advertising a month’s tariff when it does not last for such duration, Sise said: “We admitted that we did not communicate well but what is important for us is that we committed no crime. This is just a service or promotion that you buy if you want and if you don’t want you leave it because there are other service providers and up till today all this noise is not affecting us.

“People are abusing the system and we cannot tell them they were abusing the system because they would brand it as an excuse but they have been insulting us for cheating and stealing. What have we stolen from anybody? We felt very bad about these abusive allegations. Africell is by far the biggest company in this country. Any institution that can pay up to D900 million to the state is a vital player,” he added.