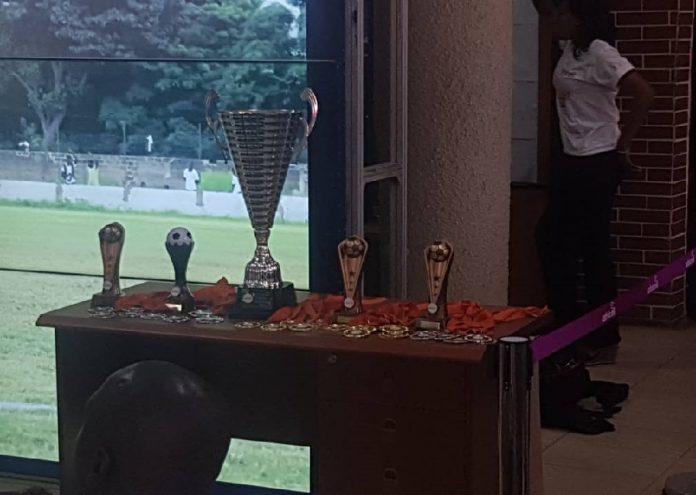 Africell, the Gambia’s biggest GSM company yesterday launched its 2019 Super Nawettan deal with the Gambia Football Federation at a colourful ceremony held at Africell House.
Unveiling the deal, Musa Sise, a senior manager corporate affairs and media consultant, disclosed that the winner of the 2019 Super Nawettan will be paid an unprecedented D200,000, the runners up D100,000 while the third place finisher will get D50,000.

“But in fact there is no loser in this because each team is given two sets of jerseys, and D10,000 preparation money as well as Africell credit for all of the 20 teams in the tourney,” Mr Sise said. He further revealed that the Super Nawettan Organising Committee will get D100, 000 to run the administration of the tourney. Mr Sise welcomed the newly created zones and urged all to respect the terms of the deal by always wearing the Africell jerseys in their matches.

‘There is however no excuse or tolerance for violence in any shape or form”, he said, warning that officials must comport themselves well to inspire their subordinates to be violent free.

Hussein Diab, director of operations said the Supre Nawettan programme is an extension of Africell’s involvement in the Nawettans.” I have personally taken time to see a few matches at few zones and I am impressed with the enthusiasm for football at the grassroots,” he said.

General Lang Tombong Tamba, the chairman of the Organising Committee thanked Africell for yet another milestone in the development of football in The Gambia. He said the prize money offered in the deal is unprecedented. “But I am not surprised because the company has a very unique history in Gambian football. The famous Gambian coach Paul Put was hired by Africell for The Gambia,” Tamba recalled.

He urged the zones to show maturity, fair play and responsibility through out the tourney. ”Let us accept defeat and celebrate the victors, and may the best team win,” he said.
The tournament kicks off on Saturday with champions Serekunda East meeting Bakau at the Stadium.