ALLEGED $200,000 HONORARIUM TO AG, OTHERS EXPLAINED 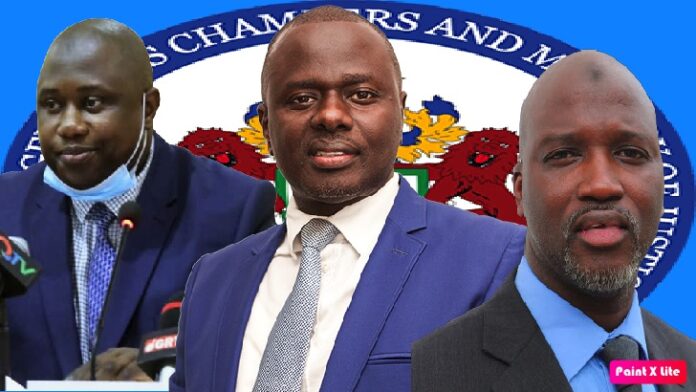 Investigations conducted by The Standard in the fast-trending reported $200,000 [10 million dalasis] payment to former and present senior officials of the Ministry of Justice have concluded that the said money, which has not even reached The Gambia yet, was requested as an honorarium for the members of the Gambian local legal team working on the Rohingya case at the International Court of Justice.

In the last few days, unconfirmed reports on social media alleged that the former Attorney General, Ba Tambadou, his successor Dawda Jallow, former Solicitor General Cherno Marenah, his successor Hussain Thomasi, and two others have shared the $200,000 donated by Bangladesh.

The Standard has reached out to almost all the officials who reportedly received an honorarium, on the phone and through text messages for comments without success.

However, an impeccable independent source familiar with the matter granted The Standard a comprehensive account of the involvement of The Gambia in the Rohingya case, its budget, and other matters.

According to our source, contrary to what is being suggested, there is ‘no illegality in the process.

Our source then went ahead to give the background of the Gambia’s involvement in the case.

“It was in March 2019 that The Gambia, a member of the OIC, attended the organization’s foreign ministers’ meeting in Dhaka, Bangladesh. The then foreign minister Ousainu Darboe was supposed to represent The Gambia but because of other engagements, he asked then Justice Minister Ba Tambadou to step in for him at the meeting where the main agenda was the plight of the Rohingya Muslims in Myanmar.” Because of his background in international law and international tribunals, our source added, Ba played a leading role and suggested to the meeting that diplomacy may not solve the Rohingya issue and that the matter should be taken to the International Court of Justice.

Our further disclosed that a committee was then formed to work on it, with The Gambia selected to chair it.  “When Tambadou came back, he of course briefed Ousainu Darboe because it was after all, a foreign ministers’ meeting but Darboe in turn advised him to continue leading The Gambia’s participation in the committee since it has now turned to a legal matter and Ba, as chairman, organised the committee’s first meeting in Banjul where it was agreed that the matter will definitely go to ICJ,” our source stated.

But since OIC as body cannot take the case to court, our source said, everybody agreed that since The Gambia initiated this process and also as a signatory to the Rome Statute, the country was encouraged to take the matter to the ICJ with the financial support of the OIC.

“The Committee then hired an international legal firm but obviously, there has to be a local legal team because you cannot have a case as a country and sublet everything to an international firm. The two legal teams were working closely because whatever the international legal firm does, it does with consultations with local teams here in Banjul.  For example, the two worked on the memorial that was filed for the provisional measures, which was prepared and sent to the local legal team in Banjul for vetting, in addition to meetings between the two to finalise the entire legal documents of The Gambia’s case,” our source added.

“So OIC made a budget from which they will pay the international firm a fee based on the market rate but the Gambian local legal team would be paid an honorarium of $200,000 which is a pittance compared to the $5million fee of the foreign legal firm.”

Our source said the entire bill for the case is paid from a Special Fund created by the OIC and its money contributed by various member countries and not just Bangladesh as it has been wrongly implied.

“The OIC is now processing the invoices of the remainder of the legal fees because $1.5M has already been paid to the international firm and $200,000 should be to the local legal team as honorarium. Every expenditure from this Special Fund is being processed by the  OIC secretariat through their office in Banjul. The honorarium is not even paid yet.  It is very clear that someone deliberately leaked correspondence on the matter just to cause confusion.

And any case, the government has been informed about this and has given approval on the matter.  So where is the illegality here?” our trusted independent source quizzed.

Meanwhile, The Standard understands that the ministry of Justice is expected to come with a statement on the matter