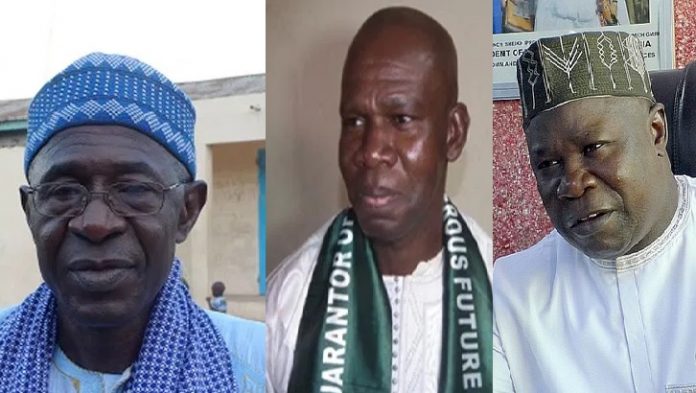 A firebrand APRC Diaspora supporter and activist Sulayman Shyngle Nyassi, has launched a scathing attack on the top brass of the party, asking them to resign.
The outspoken former spokesman of the APRC in the diaspora made this call in a strongly worded audio obtained by The Standard.

“I am saying Fabakary Tombong Jatta, Yankuba Colley and Ousman Rambo Jatta should resign and if they fail to do so, I am urging Yahya Jammeh to fire them because they have done nothing other than extorting money from the under privileged masses of our country in the name of APRC,” Nyassi alleged.

He continued: “Throughout the last 36 months, the leadership of the APRC led by FTJ has done nothing. So the famous 3 Years Jotna is also applicable to Fabakary Tombong Jatta, Yankuba Colley, and Rambo Jatta of the APRC and not just Adama Barrow.”

Nyassi urged FTJ and the party leadership to realise that the APRC is still supported by over 200,000 people and they cannot continue to hold all those people at ransom.

“This is why I said you people should step aside. You know what you have discussed with Adama Barrow. He is planning to give you people D40 Million. That’s why you want to demonstrate to demand Jammeh’s return.”

Nyassi further alleged that the APRC accounts were not frozen as claimed by FTJ, challenging FTJ to provide the communiqué from State House to show that the government indeed froze the accounts.

“When they were collecting former President Jammeh’s mother Asombi Bojang’s vehicles, I asked my uncle to request for documentation from the Office of President which they provided before they took the vehicles,” he stressed.

He also questioned FTJ’s claims that he had made lot of efforts through the UN to address current issues affecting the party.

However The Standard contacted the deputy spokesman of the APRC, Dodou Jah who said Mr Nyassi’s allegations are as empty as a void and they are not even new.

“He had many times demonstrated his dislike for the current APRC leadership since the internal wrangling with MA Bah whom he sided with. His only intention and preoccupation has been to castigate and paint the APRC leadership in a bad light. Nothing is truthful in these allegations and in any case, Nyassi has never been associated with any senior or responsible leadership or membership of the party in the Gambia or abroad.

If anything he has just been a constant distributor of confusion and naked smear campaign against the current leadership. How can any man of a sound mind claim that President Barrow has given APRC D40M? Is that even sensible?” Jah said. He said what is far from the truth is to claim that APRC accounts are not frozen. “I don’t think any genuine APRC supporter will be this ignorant of the facts about the party’s affairs as he has demonstrated,” Jah said.

The APRC deputy spokesman said Mr Nyassi’s smear campaign has been borne out of his frustration after his ally, MA Bah failed in his bid to hijack the leadership of the party.
“There is no rift or mistrust in the APRC which is still in tact and following the lofty ideas and principle of its leader Yahya Jammeh. No one should even seriously take Mr Nyassi or his senseless utterances,” Jah concluded.