Gambians - young and old - came together to commemorate the April 10th and 11th students massacre which happened in 2000. 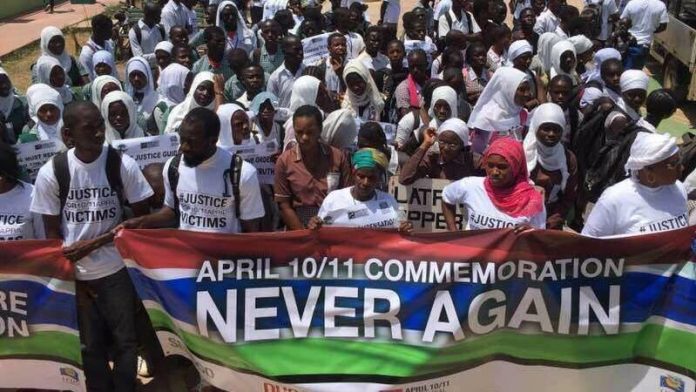 During the past week, Gambians – young and old – came together to commemorate the April 10th and 11th students massacre which happened in 2000.

The commemoration was sombre as could be expected because this was a day on which Gambian children went out in the streets to protest against the brutal rape of one of their colleagues and the killing of another.

In short, the children were marching against injustice but the security services – who were supposed to protect them – opened fire on them killing fourteen and maiming many others. Until this day, some of those are in wheelchairs, others walk on crutches and some are bedridden.

The commemorators’ query this time was that nineteen years on, none of the perpetrators has been brought to book nor has there been any form of medical assistance given to those who were maimed. There haven’t been any reparations either.

The commemorators this time reminded the Government of The Gambia that it is duty-bound to protect its citizens and in this case that protection demands the repealing of the Indemnity Act and prosecuting those responsible for that savagery.

Without this happening, the families of the deceased can never find closure and the pain of the maimed will endure.

It is high time therefore, that government took measures to remedy the situation.