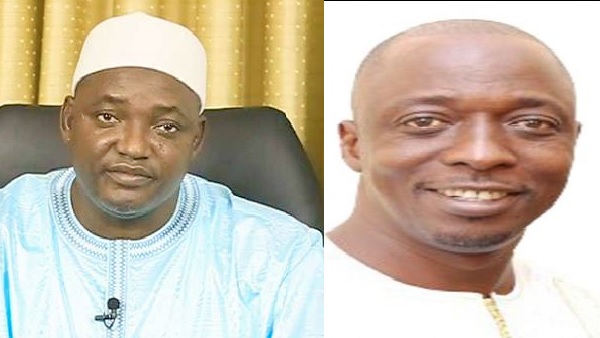 President Adama Barrow is said to be very much aware of Wednesday’s saga at the TRRC involving former AFPRC Junta member Yankuba Touray who slammed the commission’s legitimacy to ask him about his role in human rights violations because he is covered by an indemnity clause in the current 1997 constitution.

His snubbing of the commission caused outrage with many Gambians even attempting to carry out mob justice on him, prompting the police to move him to a secret location for his safety.

Conveying president Barrow’s feelings about the matter, the director of press at State House Amie Bojang Sissoho said the president, as usual, has asked for Gambians to follow due process of the law.

“The President has been emphasising that the due process of the law be followed to be able to get to the truth and to ensure that whatever consequence is expected, as far as the law is concerned, can be implemented without anybody feeling that he or she has been abused in one way or the other.

That is why he continues to call for peace and calm and for Gambians to be patient. These are processes. We all saw what happened at the TRRC,” Amie Bojang said at State House yesterday.

She added that the president wants citizens to respect the rule of law in exercising their civil rights and to be aware that any measures taken by his government would be to ensure the security of the public and properties.

Faraba
Responding to questions from journalists, she said the committee looking into the Faraba Bantang Commission report has accepted its recommendation to pay a compensation of one million dalasi to each of the three families who lost their loved ones during the “unfortunate incident” last year.

“The committee is also reviewing the cases of those whose properties were damaged and the injured to determine appropriate compensation,” she said.

In an apparent reference to the controversial topic of Barrow’s suspected plans to over stay his promise of three years, Madame Sissoho said: “There is a lot to be done in terms of the transition process including the TRRC, Security Sector Reform, CRC and other reform programmes.

These are campaign pledges of the president to make sure the country strengthens its institutions so that we are on the right footing to avert issues such as abuse of office and power while we move as a democracy.”

On how Barrow could sit by when his ministers issue deadly threats against Gambians, Bojang said the president could not have known what the ministers were going to say, adding it is down to those officials to take ownership of their remarks.

“I think it’s very difficult to know what somebody is going to say especially at a political rally.

The president couldn’t have determined those things.

The President doesn’t have to make a public statement to distance himself from statements made by ministers.

These are individuals who have made these statements and they take responsibility of the statements they made,” she said.