‘Barrow will betray Gambians if he allies with APRC’ 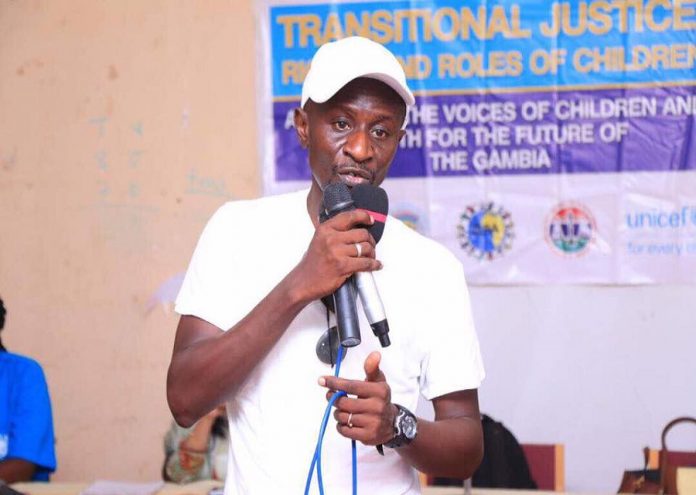 The chairperson of the victims’ centre has called on Gambians to boycott Barrow’s National People’s Party in the polls if they form any alliance with the former ruling APRC.
Sheriff Kijera also warned President Barrow that any alliance with APRC will be a betrayal to the core principles of the 2016 change as well as the victims of Jammeh.

“I am not sure how anyone in their right state of mind could attempt to form an alliance with APRC. No genuine Gambian would have thought that Barrow would go that far to humiliate the very people who voted him in office. This is a call for concern,” he told The Standard recently.

Kijera said although he wants to believe that there is some element of truth about the talks of political alliance between the two parties, he doesn’t think the NPP is dumb enough to even negotiate Jammeh’s return or the return of his assets.

He said that will be the greatest mistake by the Barrow regime. “Gambians should be vigilant to avoid voting for an APRC/NPP alliance. It is terrible and worrying to hear all these stories about talks of political alliance between NPP and APRC. But again, it has not come to us as a surprise. We have always raised our concerns about the upcoming presidential election with regard to the TRRC recommendations because we are concerned that without the political will, the TRRC recommendations will not be implemented. This is why we are keeping an eagle eye on the political development because we know politics is a game of vested interest, and this applies not just to President Barrow alone but all the political parties that are seeking to get APRC loyalists to their parties because politicians cannot be trusted,” Kijera said.

He said supporters of the APRC should know that Jammeh has no more space in the country’s politics as he is completely out of the political realities happening in our country.
Kijera said APRC can continue to live in their dreams of expecting Jammeh’s return to the country as a civilian but they should stop fabricating stories about his comeback.“They are not serious about it.They are just making noise. As we have seen with the recent case of Yankuba Touray, they have made lot of noise but you will not even see them at the court to show solidarity. All this rhetoric is not about Jammeh but their own survival as individuals and the earlier the party’s grassroots realise this, the better,” he noted.

Kijera said instead of thinking about Jammeh’s return, the APRC should be “wary of facing their greatest shock of seeing Jammeh in court in the not too distant future. They should be prepared to see Jammeh in court very soon.”

He critised Mayor Talib Bensouda’s decision to bring on board Yankuba Colley whom he described as a “one of the top enablers of Jammeh as the national mobiliser of the APRC to work with him in any capacity. It is very disappointing and an insult to those who struggled for the change.”