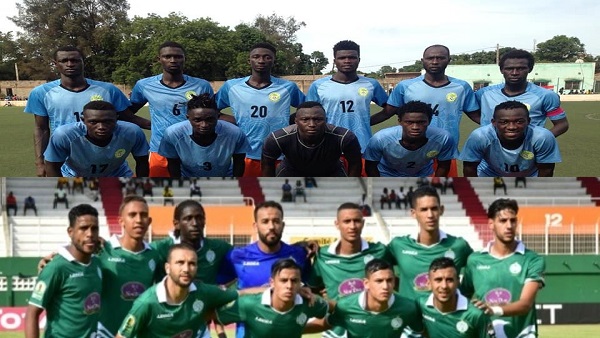 Brikama United FC have sounded the clarion call for Gambians to give all attention and moral support to them on Saturday as they take on Raja Casablanca of Morocco in the first of the preliminary tie of the Caf Champions league.

The match will be played at the Independence Stadium on Saturday with the Sateyba Boys aiming to put home advantage to the fullest by slaying Raja and settling for a draw in Morocco the following week.

Coach Lamin Nyassi and other officials have said the matter is no longer a Brikama affair but a national crusade to get Gambia through the group stages of the league for the first time.

That may be a tall order but Brikama made a good shot at this target back in 2012 when they defied all odds to surprise Esperance of Tunis in a sterling performance at the Box Bar and is hoping to repeat such feat.

Despite the huge contrast in pedigree finance and therefore technical superiority, between Raja and Brikama, Coach Lamin Nyassi says there is always reward for hard work.

“All we need is Gambian people’s support, financially and morally. There is no magic in football; hard work is best way each time you play and we shall do our best to beat them here,” he hoped.

By way of support Brikama United will be motivated by a huge financial intervention by the Gambia Football Federation, GFF, who have traditionally supported Gambian clubs in Caf competitions with hundreds of thousands dalasis depending how far they progress.

However Brikama United officials and the sports management committee in the town said the financial burden in this campaign is huge and are calling on public and private business entities and individuals to come forward and help.

The fixture is in such a way that after the match both teams will jump on the plane to play the second leg in Casablanca a few days later.

Saturday’s match kicks off at 4pm at the stadium.