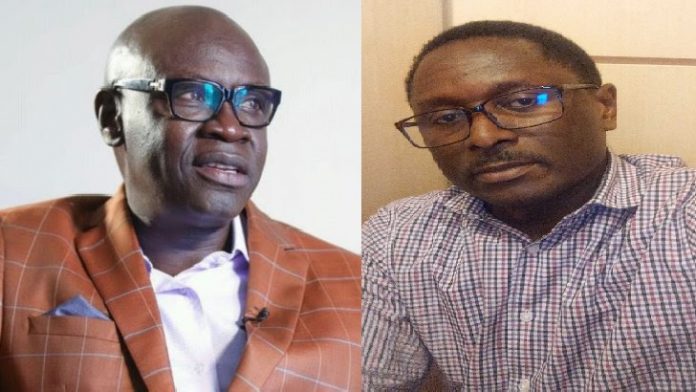 Lamin DF Manneh, a native of Brufut village, has vowed to institute legal actions against the Gambia government and TAF Construction over a land he alleged was seized from his family by former president Yahya Jammeh, and made into private homes for sale by TAF.
He told The Standard that the land measuring over four kilometre square is currently hosting the AU Presidential Villas and The Brufut Garden.

Manneh, who has been living in the UK for the past twenty-five years, said the land was confiscated from his family in the 1990s by Jammeh and given to TAF Construction.
He said the family was forced to accept a compensation of D300, 000, which he said is grossly inadequate for the plots of land in question. “Who in his right mind will pay D300, 000 for that huge land? Given those circumstances and knowing very well that we could not have succeeded in our legal battle at the time because Jammeh was involved, we now want to institute new legal charges against the government and TAF Construction to ensure that we get back what rightfully belongs to us,” he told The Standard.

He continued: “But I want to emphasise that this is not about Tapha Njie as a person. We are going after government institutions that facilitated it. We are not only going to deal with TAF Construction but the government of the Gambia.”
Mr Manneh said the community was robbed of their inheritance by Jammeh for his personal financial gains.

“I am leading the crusade on behalf of my community to get back the lands and I am trying to impress on my people that this is a legal case that we should follow to the end to recover what rightfully belongs to us,” he added.

He said the Brufut Community are aware that land issues are not unique in The Gambia but are determined to ensure that they recover what is historically theirs.
“I never consented to the selling of my land. If anyone bought it from Jammeh, that is between you and Jammeh and not the family of Manneh Kunda. My moral case is that land must come back to me. Our national endeavour as Gambians today should be to undo the wrongs perpetuated by Yahya Jammeh and there is nothing more wrong than robbing somebody of his inheritance.

“Every fabric of our social structure was broken by Jammeh and there is need for us to sit back and reflect on how we can solve these problems. We have a situation in the past where the rich could come to a community and rob them and nothing will come out of it”.
He said there was a previous legal case they started in the matter when Jammeh was around. “Our lawyers then were Ousainu Darboe and Ousman Jammeh,” he said.
Manneh said he has already reported the matter to the Minister of Justice who advised him to wait for the Land Commission.

The Standard contacted Mustapha Njie, the CEO of Taf over the matter. Mr Njie said all what he could say is that he got an allocation from the Gambia government some 20 years ago and due process was followed and he has title deeds.

“However I respect and support anybody or community who wishes to go to court to find the truth about this or anything. I think the government which allocated the land and Taf who was allocated will both defend themselves with all the necessary evidence they have,” he said.

Mr Njie said he knew there was a compensation based on the law, which was accepted. ”But like I said I welcome and support anyone wishing to go to court over this matter,” he said.