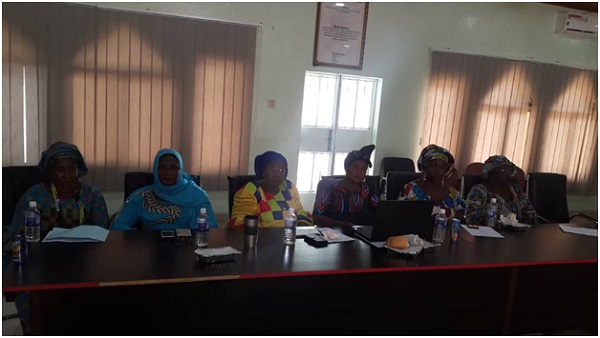 More than a dozen women councillors including other stakeholders completed a training designed to educate them on their roles and functions and other responsibilities.
The women were enlightened also on the National Gender and Women Empowerment Policy, which seeks to address gender inequalities at all levels of government and by all stakeholders.

Musa Bah, deputy Major of KMC, spoke at the event and dismissed the notion that women empowerment is “a fancy term” for feminism.
“There are many people who don’t want to identify as feminists because of negative connotations associated with the word. Others argue that there is nothing left for wome empowerment because women already have equal rights in society.”
The deputy Major said contrary to that impression, women continue “suffering” from gender inequality.

“They are also struggling to attain basic human rights as child marriage, FGM, street harassment, rape and educational inequality remain prevalent.”
Organised at the KMC chambers in Kanifing, the training seeks to build strong relationships with partners in order to promote and strengthen the capacity of lady councillors to work towards socio- economic development.
Bineh Marong, women’s group representative KMC, applauded her peers for taking the training seriously.

Amat Cham of the Women’s Bureau, said women should be applauded for the show of “commitment” towards the women empowerment policy.
He thanked the KMC for providing them with technical and financial support to organise the training.

He urged the women to always keep the electorate in their thoughts and work to deliver promises made to attain national development.
Other speakers included Fatoumata Ceesay, a programme officer at KMC.