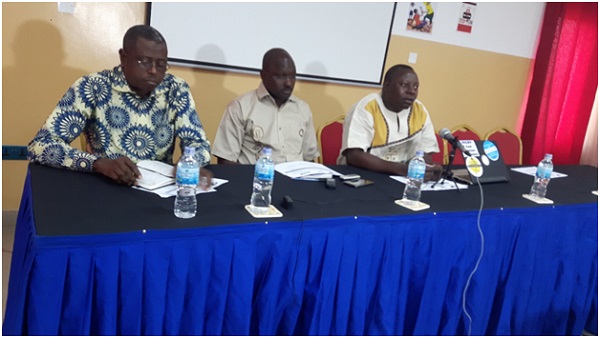 Network Against Gender Based Violence (NGBV) recently presented a 12-point demand paper to National Assembly Members and other decision-makers.
They are demanding for an end stop to sexual and domestic violence in communities, schools, workplaces and other public spaces.
The ‘urgent’ request was made at a high-level meeting held at NaNA conference hall, and brought together National Assembly Members, permanent secretaries, directors, security heads, and women representatives from different regions.

In his welcoming remarks, Falou Sowe, the acting national coordinator for NGBV called for the demands to be taken “seriously” by relevant authorities.
He said: “We will continue to drain our development if we fail to act on gender based violence.”
Ousman Sillah, chairperson of the National Assembly select committee on health, women and children, commended the organisation for efforts to halting gender-based violence in the country.

Omar Badjie, executive director of ActionAid International The Gambia, spoke of how critical women’s rights are, especially in terms of national development.
“Traditionally we have been brought up to believe that women should always be subservient to men,” he regretted.
He called on the National Assembly to legislate against gender based violence, which he said is common at household levels.

“These violations of women’s rights are affecting our national development.”
He added: “The girl child is sometimes violated at family level by the people she trusts most and, such can have long term effects on her and therefore reducing her ability to contribute maximally to national development.”
He remarked that no one should stand and allow “a woman be violated at any level.”