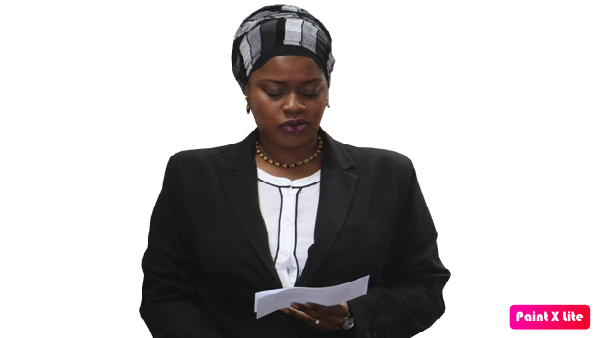 One Sheikh Hydara, a staff of the Gambia Judiciary who works as an interpreter at the Cadi Appeals Court, was recently sentenced to death by Justice Zainab Jawara Alami of the High Court for murder.

According to the court documents, Sheikh Hydara unlawfully caused the death of one Vanisha Faal by beating and strangling her on or about the 30th November, 2017 at Kerr Serigne near Senegambia area.

The prosecution called nine witnesses and tendered four exhibits in proof of the charge against Sheikh Hydara, who testified as the sole defence witness.

The prosecution’s evidence was that the accused person met Vanisha at a night club in Senegambia at about 3am on the 26th November, 2017, they partied, the accused drank alcohol copiously and they finished off at a guest house and that Vanisha was a sex worker and was paid by the accused to have sex for two hours which they did.

Justice Zainab Jawara-Alami in her judgment disclosed that it was obvious that the deceased was with the accused person and she was murdered but the accused failed to give satisfactory explanation of what happened or could have happened to the deceased to cause her death.

Justice Alami pointed out that the accused person was the last person to see Vanisha alive and in such a case, it will be proper for the court to invoke the “doctrine of last seen”.

Justice Alami said the post mortem report indicated that the victim died of Asphyxia due to strangulation.

The trial Judge stated that no one knows what happened in the hotel room the accused took the victim to on the fateful night but evidence shows that the accused person put his hands around the neck of the victim and strangled her to death.

She revealed that the accused person’s conduct after the incident indicated a level of recklessness or impunity in that he managed to dump her in the streets of Manjai and proceeded to go home and continued his day like nothing out of the ordinary happened.

Justice Alami said the accused person’s actions by dumping the corpse and attempting to get one of the witnesses to lie for him as well as his attempts to run from the police when his arrest was effected, were indications of a guilty mind.

The trial judge stated that the court relied on the accused person’s statement, the numerous compelling and equivocal circumstantial evidence, the various witness testimonies and exhibits in the case to find that the prosecution proved its case beyond reasonable doubt and established all the ingredients to the offence of murder against the accused person.

Justice Zainab Jawara-Alami disclosed that Sheikh Hydara was guilty of murder and convicted as charged and was sentenced to death.