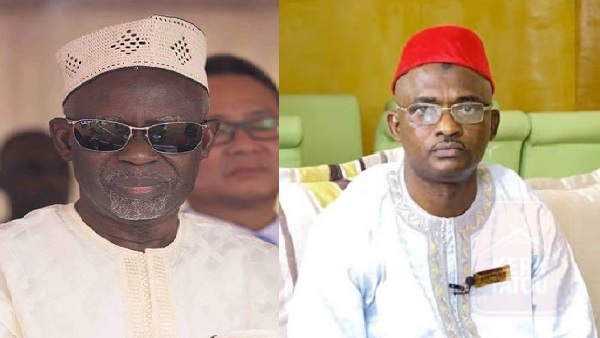 For the first time since his party rescinded its decision to expel the Brikama Area Council chairman Sheriff Sonko, the leader of the United Democratic Party has spoken on the matter.

Sonko’s expulsion created an impasse with the chairman staying put and protesting that due process was not followed by the party itself. This followed a dramatic change by the UDP announcing the rescinding of the expulsion which critics called embarrassing and disorderly. But speaking to his supporters on Facebook, Ousainu Darboe said:“I am sure some people want to take the issue of Brikama Area Council in a way that is completely unnecessary and uncalled for. We have taken a decision and upon reflection we have rescinded that decision and whatever we do is in the best interest of the UDP. I want to assure every one of you that we will not do or act in any way that would not be in the interest of the party. I want to urge you leave the matter with the executive of the party”.

Darboe also accused the government of destroying Gambia’s already damaged Civil Service by transferring career permanent secretaries to “ministries, which does not have any relevance to the person’s previous training or experience. It certainly does not make any sense at all.”

He said the Barrow administration had reshuffled the Civil Service for at least four times within three years. “This does not foretell well for efficiency. It does not promote competence, in fact, what it promotes really, is cronyism.”
The former foreign minister also advised the government against using the Foreign Service as a dumping ground.

He urged supporters of the party to engage their opponents maturely. “What we expect from you, is to help bring people into the party and not to harass or insult people,” he told his supporters.