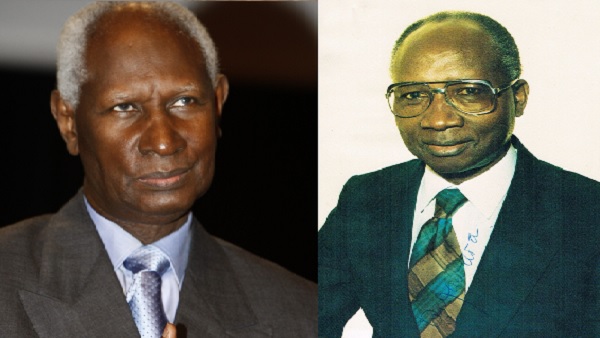 Tijan Touray, a member of the Presidential Guards at the time of the 1994 coup has revealed to the TRRC that former Senegalese president Abdou Diouf had snubbed President Jawara when the later arrived in Dakar on board the American warship USS La Moure County.

According to Touray, Jawara tried to find ways of reversing the coup but couldn’t coral support from the Senegalese president who had marshaled troops to reinstate him following the 1981 abortive coup.
He said Sir Dawda “was not happy” in Senegal and that was why he did not seek political asylum during his sojourn in Dakar.

Touray who made his appearance at the TRRC via Skype from his base in the UK recalled that on the fateful morning of 22 July 1994, when he reported to work at State House, he received information of a coup with soldiers marching towards Banjul.
He said moments later, the president and his family and some cabinet ministers were rushed to the Marine Unit where they boarded the American warship convinced that the La Moure County which incidentally was in The Gambia for training with the GNA will stop the ‘rebels’ from crossing the Denton Bridge into Banjul.

Touray said this plan never worked and the ship left the Marine Unit adding that when the president inquired from the captain why were they leaving the shores he was told he received instructions to leave the Gambian waters and that the only feasible nearest place to dock was in Dakar.

He said Sir Dawda was surprised and shocked when he learnt from the ship an announcement made on Radio Senegal that he was granted asylum in Senegal, which he said, was never true because President Jawara did not call Senegal to seek asylum.
Touray, who denied corruption allegations by the junta against PPP also accused former Senegalese president Abdou Diouf of being complacent with what was happening in The Gambia at the time.

He said Sir Dawda was not interested in clinging on to power but he was more concerned and worried about the safety of the Gambian people.
“When he arrived in Senegal he was left alone, he always wanted to meet Abdou Diouf but was never granted access to him. He could not make international calls to negotiate with anyone to help him rescue the Gambian people,” Touray said.
Touray further alleged that with the exception of Saihou Sabally, the vice president at the time of the coup, Jawara, received no support from his minster who fled with him to Senegal.

“BB Dabo who was finance minister at the time could have been the one to negotiate between Jawara and Diouf but he distanced himself from Sir Dawda and was in fact a frequent visitor to Abdou Diouf’s state house for discussions without notifying Jawara who tried unsuccessfully to meet him,” Touray alleged.
He further revealed that Jawara who was “under hostile reception” in Senegal had no option but to leave for the United Kingdom in August of 1994 after which he [Touray] and first lady, Chilel, left in September to join him in the UK.