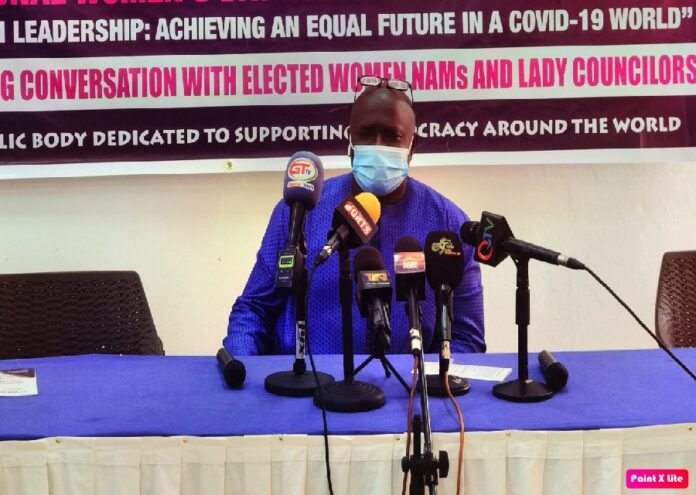 Speaking at an experience-haring event hosted by the Westminster Foundation for Democracy (The Gambia), elected women National Assembly Members and Lady Councilors decried as little, the level of solidarity that exists amongst Gambian women in politics.

“Women dedicate so much efforts and resources to cheering men at the behest of their fellow women. Men support each other and even support women; why can’t we women support and lift each other, beats me,” Hon Jallow of BAC lamented.

When she decided to run for office, a lot of people discouraged her husband from giving her his blessing. There is usually a fear element, of women politicians leaving their men once they become successful in office; or be less dedicated to the marriage, Jallow explained. In her case, even her best friend was against her political ambitions.

“Issues affecting women still remain because of the lack of women participation in politics. Let us proof the doubters wrong when we run for office by sticking to the campaign agenda we sold to the people. Only women can effectively advocate for the change we want in society,” she said.

The session was moderated by Saffiatou Drammeh, lecturer at the University of The Gambia. The event attracted a number of male and female students from senior secondary schools, and civil society representatives in the city. The objective is to introduce them to practical aspects and dynamics of women leadership from current women leaders in The Gambia.

The Gambia still lacks behind in meeting the quota targets set for women in leadership positions across government, legislature, regional, district and grassroots levels, said Ms Drammeh. In the MDGs, Gambia had only 9% of the 33% gender target goals.

It is a challenging experience to become a woman politician in The Gambia, said Hon Touma Njai, NAM for Banjul South. But it also provided an opportunity for them to focus on the needs of women as a collective.

“In The Gambia, women constitute 52% of the population – leaving them behind will have adverse consequences on national development objectives, not least under COVID-19 19 pandemic situations,” Hon Touma Njai warned.

She assured the young generation of aspiring women leaders that in her, they will find a fighter who will take up the burden of tacking challenges that society seeks to put on Women. She equally lamented the lack of solidarity shown by her peers towards her when she was unfairly penalized from the race for her party leadership.

“Women need to stand by each other and show solidarity if we are to break barriers,” she said.

These challenges also exist at family levels, according to Bintou SM Jaiteh, Lady Councillor, Campama Ward, Banjul City Council. She surmounted family skepticisms to run for office and eventually won the elections. But it was not an easy process for her as a woman.

“Insults and names calling are mere distractions. Key others include resources for campaign financing as they cannot match men when it comes to access to financing. Balancing political life and marriage life becomes another challenge and most women may lose their marriage if care is not taken,” she said, calling for greater solidarity among women.