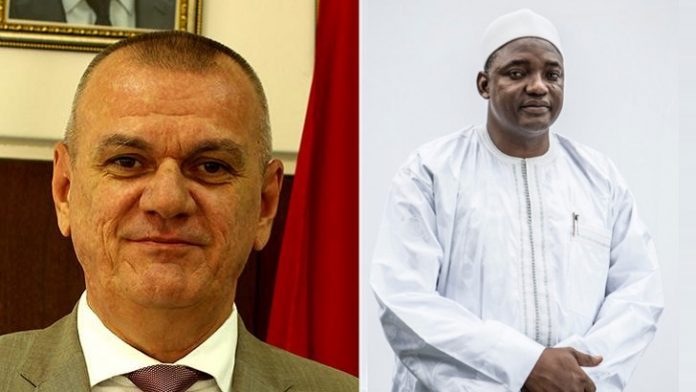 Attila Lajos, the European Union Ambassador to The Gambia, has expressed optimism that the Barrow administration is strongly committed to deliver its campaign promises.
“I do hope that in the second half of Barrow’s government more and more visible and tangible results will be witnessed in the country because that is what they promised the people,” he said in a Standard interview yesterday.
Lajos said there is an assurance that everybody in power feels they should deliver, adding that democracy is a long lasting game in the sense that “we vote the executive and then when they deliver if the people are happy they keep them in power; if they are not happy they vote them out”.

“And I think there are some changes already under Barrow and the critical question is whether the changes are tangible or not and I believe the ordinary citizen can feel a positive change in this regime change unless if you want to be deaf or blind to the changes in freedom of expression and in terms of eliminating the climate of fear,” he observed.
Ambassador Lajos said perhaps the problem is that people are not happy with how tangible these freedoms are in terms of the economic situation. But, he said, given the fact that the country has financially collapsed when President Barrow took office he needs time to deliver.

“If you look at regime changes anywhere in the world the changes are by nature not that fast. Don’t get me wrong I am not defending Barrow’s government. I have no interest in that. What I am saying is, it is not enough to say two years have gone by we don’t achieve this and that,” he added.
He said the European Union when it comes to negotiating with government on the political dialogue he is very critical on the pace of changes but on the other hand “if you look back we are talking about February just two years ago since Barrow took oath at the stadium at a time when he has no government”.

Deportation
The EU ambassador said there is no deportation agreement signed between the EU and the Gambia Government.
“What we have is a different initiative. Perhaps my photo with Mai Fatty is an initiative which we signed that has nothing to do with deportation and the one with Ousainu Darboe might be the first bilateral agreement we have signed with Gambia about cooperation and partnership,” he clarified.

The EU ambassador said migration from an EU perspective is something that “we should manage in a manner which provides all necessary human rights aspects, dignity and safety. The EU has no intention to limit migration. What we will like to do with all the partners is to manage it in an organized manner”.
“The EU did negotiate different arraignments with countries of origin when it comes to EU’s comprehensive migration management. This arrangement, which is titled, the good management practice is not legally binding. These are practical arrangements as to how better we manage returnees’ integration. I do believe if the EU had the intention to deport illegal migrants we would not have concluded such documents,” he stressed.

However, he said the deportation of people who arrived in EU and failed to legalize their status to stay in Europe is nothing European “but an overall principle that every country shares. In that sense every country has the obligation to receive back its citizens. I do believe in that sense we don’t have an agreement to deport anyone”.
He said even in that regard, the European Union in collaboration with the Government is extremely careful to what and how much the country can absorb.

“We all know that it is not only an economic or financial issue, but it is also an issue of social and community aspects to how these returnees could be reintegrated into their original communities and families. Many believe one can only have a comfortable life when relatives are sending some remittances from abroad. This is why the good practice document is very important to create employment opportunities for young Gambians so that they can stay,” he added. 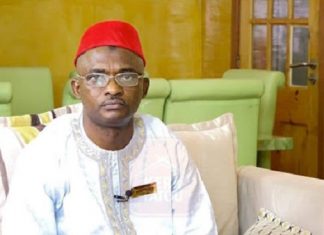