EU urges NAMs to be firm against repression, corruption 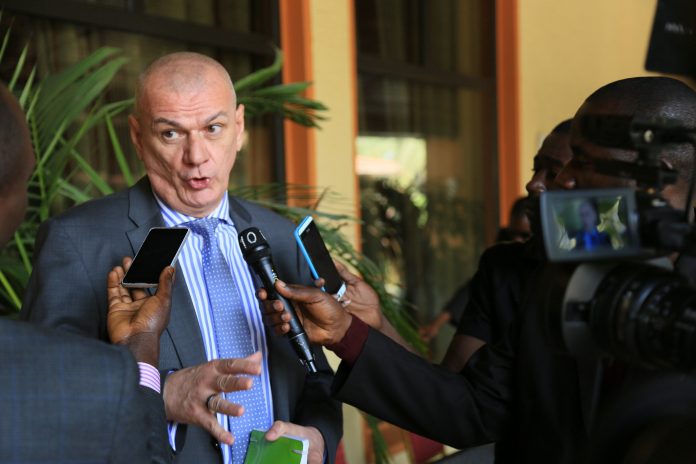 The European Union Ambassador to The Gambia, Attila Lajos has urged national assembly members, CSOs and Gambians in general to stand firm against any form of repression and corruption to ensure that the country does not return to its dark days.

Speaking at a day-long convergence organized to sensitize national assembly members in safeguarding human rights in The Gambia, Ambassador Lajos said the national assembly must not shy away from its moral duties and responsibility in ensuring that there are checks and balances.

He said the national assembly has suffered much deficiency in Jammeh’s 22-year rule where the total disregard for the rule of law and gross violation of human rights was the order of the day. “It has contributed in entrenching and legitimizing repression by enacting laws that negated human rights.

So to ensure that the gains are not lost, the country needs a free press, fundamental justice system to root out abuses and excess, open society and active citizens to reject any form of injustice and a national assembly that does not shy away from its moral duties,” Lajos said.

He also called for strong institutions to check the power, commitment to transparency that gives every Gambian a stake in their government with total refusal to tolerate the corruption that stalled the various opportunities.

These, he added, are the forces that will propel Gambia forward and ensure there is no return to the past. He said the EU will be delighted to continue partnering with the Gambia on that part.

Meanwhile, Article 19 regional director, Fatou Jagne Senghore, reiterated Article19’s commitment to the newly established and first ever parliamentary committee on human rights and constitutional matters to better assist the government in its implementation of its human rights obligations.

“We hope this conference will enable members to be familiar with their mandate in enhancing human rights compliant legislation and also ensure that they play a pivotal role in supporting the government accelerate the reforms that will strengthen human rights frameworks to ensure media laws and access to information is enacted in the Gambia,” she added.

She said the parliamentarians also have a role in monitoring the government’s human rights performance, saying the convergence will enhance the potentials of the human rights committee to engage on a range of constitutional and human rights issues to ensure that the government and all stakeholders in national development adhere to the principle of protecting the rights and liberties of the people.