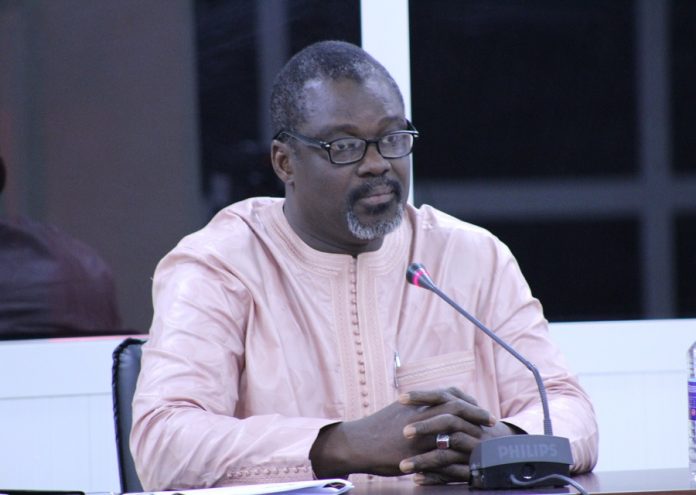 Former foreign minister, Lamin Kaba Bajo, has apologised to the Ghanaian president for misleading him in the 2005 massacre of over 50 West African migrants.

The migrants were killed by former president Jammeh’s hit squad but Mr Bajo told the Ghanaian president, Nana Akufo Addo – who was foreign minister at the time – that the migrants fell victim to unscrupulous human traffickers in Gambian waters.

Testifying before the truth commission yesterday, Mr Bajo confessed the information he provided in a missive was false.

“I will not hesitate to extend my deepest apologies to all the victims’ families within the country and outside because one way or the other, we remain in the history book for serving the previous government for a number of years. As I said, this is a big lesson for us to be very careful about the way we execute our functions so that history will not repeat itself,” Bajo said.

He said he learned the true facts surrounding the matter from testimonies at the TRRC.

“I felt very bad and embarrassed,” Mr Bajo who is now the head of the GFF, said.

When the lead counsel asked him what he would say to the Ghanaian president if he has the opportunity to meet him again, Mr Bajo answered: “I will deeply apologise to him and I will further express my disappointment and bitterness about the whole thing and for misleading him.”

He accepted that the government carried out a “massive cover-up” of the heinous crime.

The ex-diplomat said he appended the letter written to his counterpart in Ghana but was quick to add that he did not know the nature of the information contained in it. “It was my permanent secretary who wrote that [letter],” Mr Bajo added.

He said he is sorry that the government he served for 16 years used him as a mask to cover its crimes.

Meanwhile, two police officers with knowledge of the 2005 dead bodies discovered in Ghana Town, also testified at the TRRC.

Olley Sam and Kalilou Jallow gave evidence that they were at the scene when the bodies of the migrants were found.

They told the Commission that a man with a bicycle came to the station and told them that he saw dead bodies in the forest.

Kalilou, the senior officer of the visiting police team to the scene, said: “I saw the dead bodies. I saw broken skulls and I could not imagine what kind of a person would kill like that. After I went back to the police station, I informed my senior and he told us to go back to secure the crime scene until the investigators arrive.”

Olley said: “I saw tribal marks on their faces and it was then that I realised that they were not Gambians.”

The witnesses said another body was found in the forest. “I was instructed by my boss captain Lamin Camara to bury the dead bodies in the forest. I protested and told him am not going to do that because it is not in my jurisdiction. I think it should be in a proper way just like they did with the previous bodies they found by calling investigators,” said Kalilou.

Olley and Kalilou both agree that the government was involved in “some kind of a cover-up”.