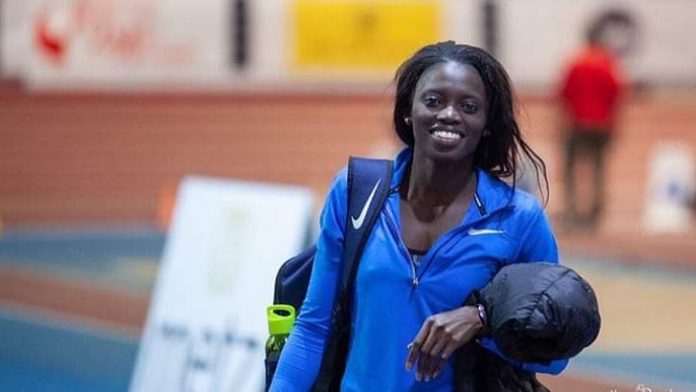 With a continental toast to defend and hope to lit up and Olympic medal, Covid- 19 and its devastating consequence on sports could not have come at a worse time for Gambian athletics.

However according to Gambia Athletics Association president Dodou Joof, while the Covid – 19 pandemic and its restrictions on public gatherings may have affected activities like local and international events, it has not affected work on getting Gambia prepared at all times.
Speaking to The Standard Mr Joof said like all nations around the world, the postponement of the Olympic Games in Japan from this summer to next year has left a hole in the heart of many Gambian athletes.

“But we must make the most out of this unfortunate situation and prepare even better now that we have more time. In our case we have Gina Bass who has already attained qualification when she beat Africa at the 200 meters and was hoping to go for our first possible Olympic medal. We also have others still looking for qualifications and we are hopeful that when events resume in the athletics calendar, they too will make it to the Games,” Mr Joof said.

“Even within these difficult times we managed to negotiate a way to get Gina and others from Dakar where they are on scholarship at the the IAAF High Performance Center. They are now all back and training here,” Joof said adding however that the absence of a national championship among others
this year, is regrettable .

He also revealed that though the GAA remains under-funded it managed to initiate projects and recorded some achievements in the period between 2011 and now. ”We know that government is constrained when it comes to budgeting for sports but we are hopeful that when the sports levy comes into full swing, athletics will have its fair share, because comparatively, we have recorded some of the most notable achievements than many sports in the Gambia. We are African champions in the 200meters women, our relay team is ranked among the best in Africa, we have a multi-million dalasi refurbished athletics track at the Stadium and more importantly a headquarters to be fitted with a hostel to accommodate our athletes among other things,” Joof said.

Mr Joof, a former Gambian international sprinter and athletics coach of the police team, who rose to the rank of deputy Inspector General of Police, said the current generation of Gambian athletes are fortunate to have former athletes as their guide who are committed to give them more exposure and better incentives than was the case in the past, adding that he and his committee are committed to leave a legacy that will make athletics a main feature of Gambian sports.

Mr Joof added that unlike before, the attention government gives to athletics is encouraging but the private sector is almost entirely absent when it comes to funding sports.”Imagine how corporate institutions or companies would have queued for partnership with an African athletics champion if this was a different country from The Gambia? Sadly in the Gambia priorities are sometimes misplaced and sports sidelined. This is the culture we want to change and hopefully we will get there,” Mr Joof said while thanking the Gambia Ports Authority, GPA, for extending support to the GAA Athletics House project.