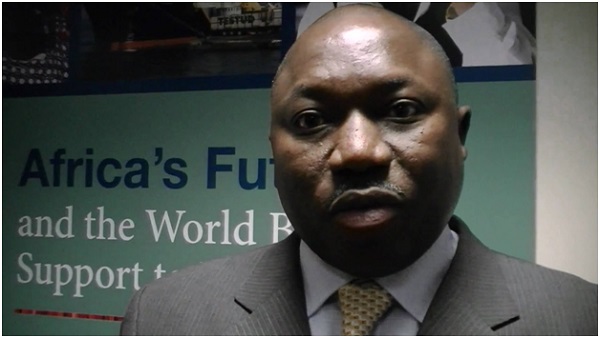 The Gambia is among 11 countries in Africa that are at high risk of debt distress, according to the newly released Economic Report on Africa 2019.
The Report, prepared by the Economic Commission for Africa (ECA) and launched at the 52nd Session of the Conference of African Ministers of Finance, Planning and Economic Development, in Marrakech, Kingdom of Morocco, notes that growth in West Africa climbed from 2.4 per cent in 2017 to 3.2 per cent in 2018.
The growth, it said, was reflecting higher growth in all countries in the sub-region except Burkina Faso, Guinea and Guinea Bissau.

It projected West Africa’s growth to be moderate in 2019, at 3.4 per cent, before rising to 3.8 per cent in 2020, lifted by good economic performance in Ghana and Nigeria.
“In general, growth in the sub-region is expected to continue to benefit from fairly high oil prices and increases in oil production, expanding services sectors across the sub-region, rising private consumption and public investment in infrastructure,” it said.
However, the Report points out that countries like The Gambia, Burundi, Cameroon, Cabo Verde, Central African Republic, Djibouti, Ethiopia, Ghana, Mauritania, São Tomé and Príncipe, Zambia face high risk of debt distress.
It warns of rising public debt in Africa which has led to increased government spending on interest payments.

According to the Report, the largest increases have been among non-resource-rich countries, whose governments devoted nearly 10 per cent of total spending to interest payments in 2016, more than double the 4 per cent in 2011. Oil-exporting countries devoted close to 13 per cent of fiscal spending on interest payments in 2008, less than 4 per cent in 2012 as interest rates fell and then nearly 7 per cent in 2015.
“Africa is at a critical juncture in its development trajectory, policies adopted now will determine how quickly the continent accelerates growth and creates prosperity for all,” Vera Songwe, the under-secretary general of the UN Executive Secretary of the Economic Commission for Africa, noted.

She said: “In 2015, African countries signed up to two important development agendas: the global 2030 Sustainable Development Goals (SDG), which aims to leave no one behind as countries develop, and the African Union’s Agenda 2063, which sets out a blueprint for the “Africa we want”. A decade away from the SDG endpoint, African countries continue to search for policy mixes to help accelerate the achievement of these targets. However, for many countries, financing remains the biggest bottleneck with implementing capacity a close second.”

To meet the SDGs, Songwe said Africa must raise an estimated 11 per cent of GDP per year for the next 10 years to close the financing gap.
Africa’s average tax revenue to GDP is currently below 16 per cent, and she said efficient and effective domestic resource mobilisation can address a substantial portion of this financing shortfall.

“Africa can meet the SDG challenge and agenda 2063 through adequate and sustained efficient fiscal policy. While governments have chosen several country specific policy options, there are a number of lessons from successful implementation of reforms such as the introduction of electronic tax filing and payment automation in Rwanda, South Africa, Mauritania, Uganda, Kenya, Burkina Faso and others that all African countries can learn from to boost revenue collection. “However, key to achieving this objective will be effective leadership, prudent public sector management and good governance.”