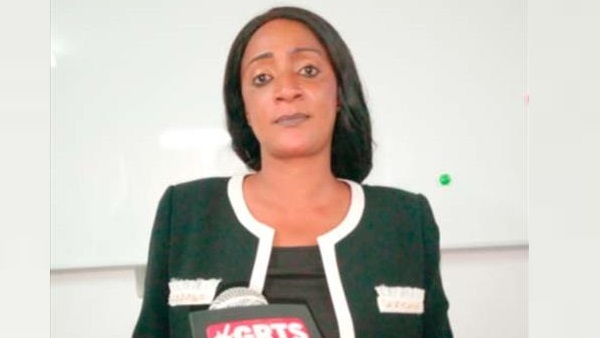 The executive director of the National Agency Against Trafficking in Person’s has stated that The Gambia remains a source, transit point and destination for trafficking of persons.
“Trafficking in persons is a global concern and it’s something that no one nation can fight. So we are all part of a global effort to fight and eradicate the menace of modern day slave trade. NAATIP is mandated to work on protection, prosecution and partnership,” Tulai Jawara-Ceesay said.

She was speaking at a one day sensitisation workshop for law enforcement officers on trafficking in persons held at Ministry of Justice in Banjul.

Madam Ceesay calls for concerted efforts to tackle the menace of human trafficking.
“Basically the reason we call this workshop is to train law enforcement officers on trafficking in persons and its legal implications. And it’s also one of the recommendations on the US report for 2018, simply because they felt that the government of the Gambia is not complying with its minimum standards to eliminate trafficking in persons,” she said.
She continued: “It was an unfortunate report; we may have our different opinions but we have decided to take up on all the recommendations and work on them during the course of this year. When we talk about trafficking in persons it comes in a different form, it comes in the form of child labor, child sex tourism, removal of human organs, sexual exploitation and backway.”

“The agency is responsible to combat trafficking but it needs the support of the law enforcement officers and that makes this training very important. The convention has three protocols under it and countries are encouraged to legislate on those protocols in order to be able to effectively combat trafficking in persons as well as irregular migration.

“Unfortunately in the Gambia we are yet to have a smuggling of migrant law in the country and that is one of the requirements under the convention against transnational organized crime. It is hoped that the government of the Gambia will come up with a legislation as soon as possible because that will now supplement the efforts of the trafficking in persons act in order to be to effectively deal with the issues especially irregular migration.”