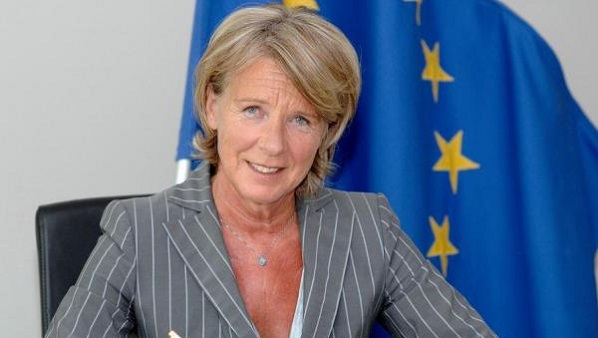 The UN Special Rapporteur on the sale and sexual exploitation of children, Maud de Boer-Buquicchio,p has raised concern over Gambia government’s lack of efforts to rosecute perpetrators of child trafficking and sexual violence.

The UN human rights expert said the likelihood of traffickers evading prosecution in the Gambia is very high.

“A lot should be done when it comes to enforcing the laws. The functioning of the Judiciary is very important,” she told journalists at the UN House yesterday.

She said although child marriage was abolished in the country “girls are getting married at very young age. At some instances victims of rape are being married by perpetrators. So that it takes away the accountability because there will be no prosecution”.

“There are some numbers of reforms needed but also what matters is about the implementation of the laws of which is still pretty weak marked by the effects of culture of silence. Also, there is some dissolution with the functioning of the judicial system because much has not been done in terms of convicting traffickers in this country in spite of the legislation,” she added.

The UN human rights expert said very often issues of sexual violence are not always reported due to the culture of silence.
“People don’t want to discuss these issues and even if the child is willing or in the position of making initial declaration to the police they very often as a result of pressure from their families drop these cases. This is a very big issue and there is really need for sensitisation to make parents understand that these issues need to be reported,” she added.

She raised issues of children selling around the beach during the tourist season, saying very often their parents will not care even if they are using their bodies for financial gains. She said in some instances tourists will move to private houses where they will be comfortable to carry out these acts.

“I have met lot of tourist operators and drivers who want to be engaged so that they could expose some of these people who are having affairs with these young girls,” she said.
She said one of the emerging issues in the Gambia like many countries around the world is the sexual exploitation and abuse of children through the internet.

“There is need for lot to be done by the government and the private sector now, because these children need to know what they are exposing themselves to, because most of them believe the sexual images they share on social media will only stop between them and their partners,” she added.

She revealed that most of the Quranic schools she visited did not meet child protection standards.

“I have not seen them begging but the Quranic schools that I visited, the living and sanitary conditions are totally inadequate. That is something where the government needs to focus on and seek support from experts in the international community to ensure that that kind of institutions in which child protection is not respected cannot continue to exist. They should be closed down,” she added.

The human rights expert was in the country for nine days visit to assess the scope of sale and sexual exploitation of children in the country, as well as the measures and structures in place to address this scourge from different perspectives, in particular that of prevention, rehabilitation and accountability.