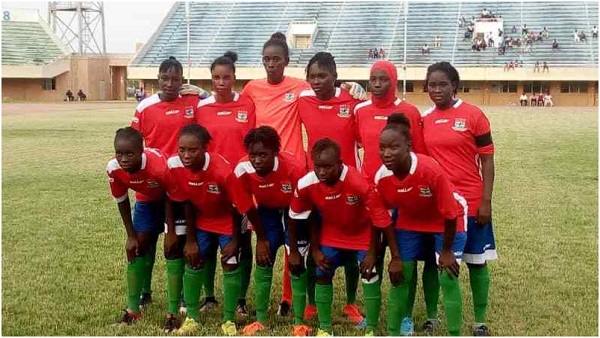 The Gambia came from behind to beat Liberia 3-2 in the first of two arranged friendly matches between their national Women’s U20 teams at the Stadium Tuesday.

The visitors took the host by surprise with an early first goal but Catherine Jatta, Captain Aminata Camara and substitute Fatou Sawo took turns to establish a 3-1 lead before a last-gasp goal from the visitors reduced the tally to 3-2
Gambia coach Foday Bah expressed his delight following the team’s 3-2 win.

“I am happy with the performance of the team and result. To come from behind to win is an indication that we have a good side with high resolve.

”This shows the character of the team, we were a goal down but we performed very well and fought so hard to win the match,” Bah told reporters.

Bah added that the matches will further expose his girls and prepare them for future competitions.

Liberia Coach Robert Lartey thanked the GFF for the invitation and said both teams have very good players. “First of all I want to appreciate the GFF for the test match.

I’m impressed with the two teams.

The Gambia has a very good female team likewise Liberia; we are all on the preparations stage. We started training two weeks ago and to come and perform in the manner we did I think is a plus to our players,” he said, while promising to bounce back on Friday.

Meanwhile the two sides will meet again tomorrow Friday at the same venue for the second and final of the two-match series. 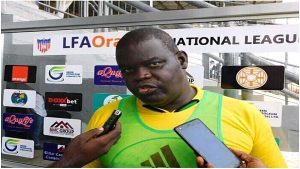