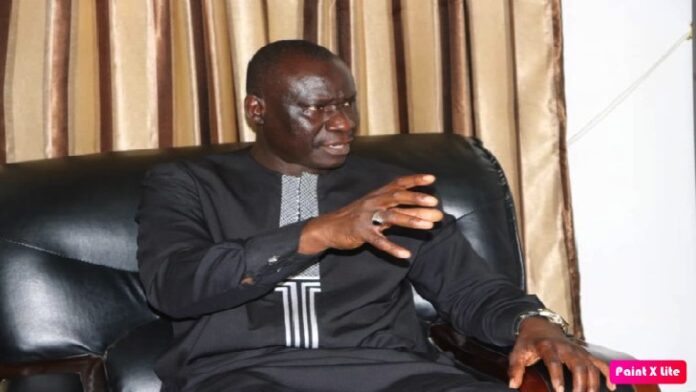 The new Governor of Central Bank of The Gambia, Buah Saidy has said that unlike the past, President Adama Barrow is not trying to control the country’s apex bank.

The president has been criticised following the unexplained removal of former CBG governor Bakary Jammeh, who was appointed trade minister but declined, vowing to see through the remainder of his 5-year contract as Governor.

Critics of the government claimed Mr Saidy was appointed to serve as a willing tool for the president in his “attempt to interfere” in the CBG’s running.

But addressing a press conference at the Monetary Policy Committee meeting, Governor Saidy, a longtime staff of the bank dating back to 1982, said executive abuse of the Central Bank has become a thing of the past.

“What happened in the past would not prevail in this country again because there have been a lot of improvements in terms of laws governing the bank, that even his Excellency the President could not just reach out and dip into our reserves to do whatever he wants”, Saidy added.

The Governor, who still serves as the PS at the Ministry of Finance, explained that when the Barrow government came to power it concerned itself with strengthening the CBG on governance laws and therefore the question of CBG being subjected to executive abuse is irrational.

“The system has changed and no matter who is in charge of this country, he or she cannot roll it back. For me, my guiding principle is faith and sincerity.  In all the period of my civil service career, I have been very dedicated to public service and I think I perform my duties with honesty and sincerity to serve the Gambian people,” he said.

Governor Saidy disclosed that the D370 million reserves of the country was owing to the release of budget funds which were withheld under Jammeh and President Adama Barrow’s noninterference stance.

“We have a president who does not dip into our reserves for his own personal gains or to give it to other sectors”, Saidy disclosed.

Meanwhile, the Monetary Policy Committee held its quarterly review of economic and financial developments in the country, reporting that statistical measure of aggregate economic activity shows a marked slowdown in economic activity in the third quarter of 2020, due mainly to the restrictions imposed to curb the spread of Covid-19.

The committee said the external sector developments reflect a wider trade deficit and a decline in the services and goods account balance as preliminary balance of payments estimates for the first nine months of the year indicated that the current account balance worsened to a deficit of US$118.39 million (6.53 per cent of GDP).