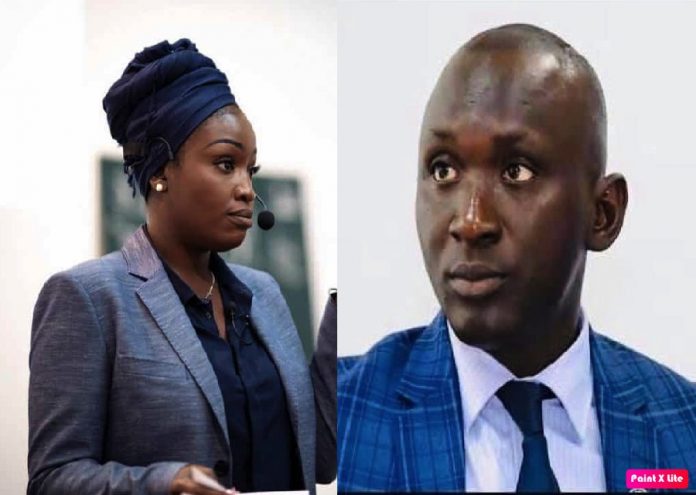 The government of The Gambia has categorically denied working with Lovette Jallow or her NGO, Action for Humanity, to repatriate 36 stranded Gambian women in Lebanon.

Madame Jallow appeared in a live Instagram video last week in which she reported that the Gambia government, having initially rejected her help to bring back the women, now wants to work with, collaborate and accept her help in the repatriation.

At least 45 stranded Gambian women in Lebanon have appealed to the Gambia Government to repatriate them. The women are believed to have been trafficked to work in Lebanon on contract basis and claimed to have been subjected to all forms of inhumane treatment.

Madame Jallow said she has paid D2.3 million to help repatriate what is now more than 40 Gambian women stranded in the Lebanese capital, Beirut. She added that a total payment of D3 million will be made to finish the mission, which include the paying of lawyer’s fees and communications, as well as the women’s upkeep and tests for Covid-19.

However, the foreign affairs ministry said contrary to what Madame Jallow has made Gambian people to believe, they are in fact not collaborating with her.

“The Government of The Gambia is neither working with her nor working against her,” spokesperson Saikou Ceesay told The Standard. He refused to give any further details.

Responding to the ministry’s statement, Madame Jallow told The Standard: “This is not a game of winning or losing and I think it is wise if we have the same interests. That was the intention [of my assistance].”

She said the Gambia government together with its consulate in Lebanon facilitated and released the documents of the girls’ “and I paid the tickets for their return”.

The Standard has learnt that most of the women in Lebanon have minor issues with the law. “That is why it was difficult to just have them repatriated. There were a lot of issues that government had to deal with first,” a government source told The Standard.

The Standard has also seen a document supposedly signed by some of them, stating their wish not to be aided by the government of the Gambia in repatriating them. “I do not wish to have any assistance from The Gambia government in the purchase of my ticket back to the Gambia as I have made alternative means to purchase the said tickets myself,” the declaration, which was signed by some, read.

However, a government source said the women were pushed by Action for Humanity to sign these papers. “That is why the government is not happy with Action for Humanity,” said our source. Our source also said the Gambia government, through diplomatic engagements with Lebanese authorities, succeeded in having its counterparts waive at least $23,000 of fines imposed on the women, while issuing them exit visas.

Meanwhile, Madame Lovette Jallow won wide spread admiration from many Gambians for her courage and magnanimity in attending to the welfare of the women who, according to her, are due back in the next couple of days via Dakar.

By Sanna Camara A German civic helper group for Gambian migrants in the Baden Württemberg town “Breisach” has said it confirmed from authorities that in...
Read more
News

By Omar Bah The National Assembly member for Banjul South, Touma Njai, has condemned as embarrassing the decision of parliamentarians to allocate themselves a 54-million-dalasis...
Read more
News

By Tabora Bojang A number of lawmakers seen as sympathetic to President Barrow yesterday boycotted a parliamentary vote called to slash funds in the 2021...
Read more
- Advertisment -

November 30, 2020
The Gambia national Under -20 made history last night snatching both the Wafu Zone A championship trophy and more importantly, a place in next...

Letters: The political hustle is real