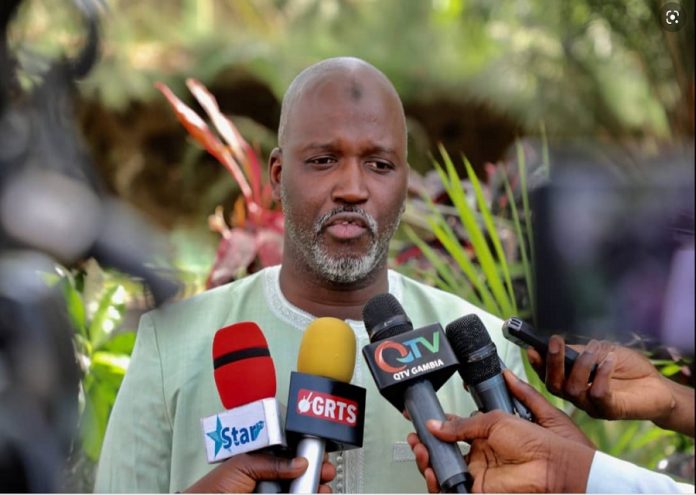 Justice minister Abubacarr Tambadou yesterday told lawmakers that a lead from the Janneh Commission proceedings has led to the recent discovery of millions of dollars which have now been frozen in a foreign bank account pending the conclusion of efforts to return the money to the country.

Speaking during question time at parliament, Minister Tambadou said: “This is of course, a more complex process and obviously requires a high degree of confidentiality pending the final outcome. We are working with a number of foreign governments and partners that are assisting us recover this money. Others outside the country have also reached out to initiate discussions on possible return of some monies to the country”

He reiterated that the two most important points to take home from his answer were that monies were discovered in a foreign bank account and that the account has been frozen.
He said the Barrow government is “vigorously pursuing other leads” outside the country arising from the Janneh Commission inquiry.

According to Tambadou, as of 15th June 2020,records at his ministry indicate that government spent D116,909,077 on the Janneh Commission recovery efforts between July 2017 and June 2020.

“We have recovered a total amount of D1,110,239,227 net as well as an additional amount of D88,535,000 net committed but still outstanding…”
“I am proud to say that even at this early stage of recoveries, this is by far the most successful assets recovery exercise ever undertaken in this country. With just over 11 percent of the total properties sold, we have almost reached the one billion dalasi target we had expected to generate from the sale of all the properties forfeited to the state, and have already surpassed this figure in our overall assets recovery efforts. A full report of the process will be submitted to the government together with an audit report of the entire process at the end of the exercise and the government will be glad to share these with the Assembly,” he reported.

He said his ministry expects to raise at least D1.4 billion from the assets already identified for sale. He said the amount may increase if the ministerial task force adds other properties to the list of assets to be sold, adding that this is based on the assumption that the Covid-19 pandemic will not have an impact on the sale process as some purchasers may rely on bank financing to purchase the assets.