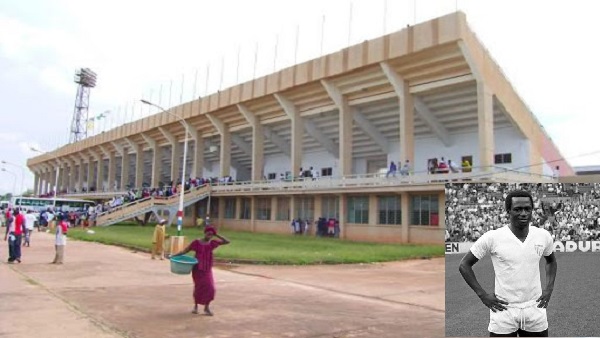 Pa Jeng, a close friend of the late Biri-Biri has called on the government to rename the national stadium after Biri.
Jeng who knew and played with Biri at Augustinians and shared social club Blessante with him was delivering his homage to the late Biri, who was laid to rest yesterday after a national funeral ceremony.

“While we thank the Gambia Government for standing by Biri but we have one more solemn request, and that is to rename the stadium after him,” Jeng appealed to the hearing of President Barrow. The request was first sounded by Gambian football enthusiasts in the diaspora some years ago.

Already part of the stadium hosting the Sevilla FC in Spain is named after the Gambian legend who played five seasons there appearing in 109 matches and scoring 34 goals.
The Gambia Football Federation too named its facilities at the Yundum technical center after him.