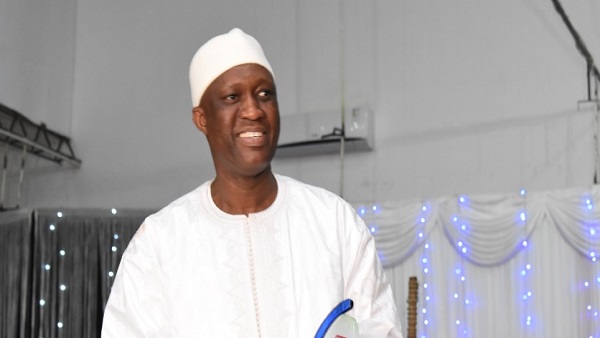 Yankuba Darboe, the Commissioner General of the Gambia Revenue Authority, GRA has disclosed that the revenue collecting body was given a revenue target of D8.05 billion but said it ended up collecting D9.13 billion in 2018 representing 13% above the set target.
“The GRA revenue performance of 2018 also represented a nominal revenue growth of 1.16 Billion or 15% compared to the 2017 revenue collection of D7.97 Billion,” he said.
He was speaking during the GRA third edition of Tax Payer’s Award Night organised at a local hotel in Senegambia last Friday.

The ceremony was attended by the vice president Ousainu Darboe, cabinet ministers, bankers, NAMs, governors and district chiefs.
Companies such as Comium, Africell, Jah Oil, Ecobank, Banjul Breweries Ltd, Shyben A Madi and Sons, and GPA received various awards after the GRA named them “outstanding taxpayers” of the year.
Darboe said given the “pivotal role” customs play in the financing of government’s development agenda, the annual awards is necessary “to emphasise the importance of complying with revenue laws.”

“Following the tax administration diagnostic assessment tool in April 2018, the authority developed a reform work plan meant to address identified weaknesses of tax administration, as already a resident technical assistant is in house to help implement these reforms through the support of development partners like IMF, EU and US Treasury.”
The Minister of Finance and Economic Affairs, Mambury Njie, said the holding of this event “will help to boost tax compliance and ensure that government mobilises the required domestic revenue to fund its development agenda.”
He said this is important particularly, to his ministry as custodian of the national budget and the government as it seeks “concrete paths to addressing economic growth and development for our country.”