One week after angering Thailand over his comments on sex tourism, Gambia’s Tourism Minister Hamat Bah has sparked another controversy and is being accused by some sections of the Senegalese media of insulting Senegal.

Almost all the media houses in Senegal devoted their coverage on Bah’s statement on Friday expressing dismay at his comments at a border meeting between by Senegalese and Gambian authorities to discuss ways of improving free movement of people and goods.
Bah was quoted describing some Senegalese nationals as “bunch of loudmouths” among other alleged derogatory words.

He is quoted to have said that Senegalese are generally disrespectful towards their leaders.
According to Hamat Bah, Senegalese iare obsessed with using the media to insult their leaders.
“Citizens in that country spend all their precious time ranting on radios, and televisions talking nonsense,” he said, adding that Gambian travelers are “usually harassed and subjected to monetary extortion by corrupt Senegalese custom officials each time they travel via the other side of the Senegalese border.”

“When Yahya Jammeh was here, there used to be over 200 checkpoints. When we assumed office, we removed all those checkpoints. If Senegal resorts to increasing their checkpoints to 500, we will increase our checkpoints to 1000. The relationship cannot be a one-way traffic. Gambian and Bissau travelers are over charged, and often subjected to exorbitant custom passage fees,” Bah was quoted saying. 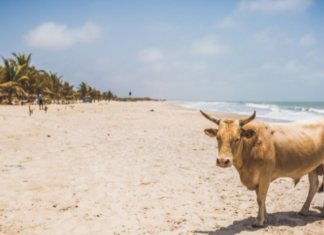