‘I was told to sleep with NIA staff or be raped’ 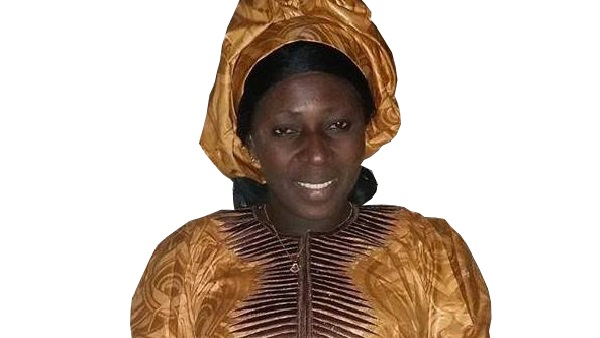 Fatoumata Jawara, the seating UDP National Assembly Member for Tallingding who was among the UDP protesters arrested alongside late Solo Sandeng, yesterday told the Banjul High Court trying the NIA 9, that Sheikh Omar Jeng asked her to either sleep with NIA operatives or be raped.
Hon. Jawara narrated that she told Jeng that she is loyal to her husband, and would prefer to die rather than sleep with them.

Madam Jawara told the crowded court that she met this group of men in a small room after she was subjected to a second round of torture by the NIA officials.
She recalled that she was arrested at Westfield along with Solo Sandeng, Nogoi Njie, Fatou Camara, Lang Marong, among others. She said upon arrival at the PIU unit in Kanifing, they were kept in a room before being escorted to Mile 2 Central Prisons. The witness claimed that their transfer to Mile 2 was arranged by Mayor Yankuba Colley, former Inspector General of Police Yankuba Sonko, among other security officials.

She further said they were escorted to Mile 2 by paramilitary officials, but that they left Solo Sandeng and Nogoi Njie at the PIU. She noted that upon arrival at Mile 2, their statements and belongings were taken before being escorted to their various cells.
Testifying further Hon. Jawara said at midnight on the same day, they were called out by prison officers to the commissioner’s office before being taken to the NIA. She said they thought they were to be released when they were called to the commissioner’s office but after seeing plain-cloth officers with tinted vehicles, they knew they would be taken to the NIA instead.

“We were later escorted in a pick up by these plain cloth and prison officers to the NIA and upon our arrival, we were taken to a room where we were forced to name and implicate people including Lawyer Ousainu Darboe to be part of the protesters. After our interrogation we were dragged out one after the other, by a tall man who covered his face and took us to unknown places. When this tall man came for me, he took me to a dark place blindfolded and I was stretched on a table and a group of men, some holding my hands and legs, began to torture me all night, pouring water on me,” she said.
She said she could not sit or stand after the torture. The trial continues.