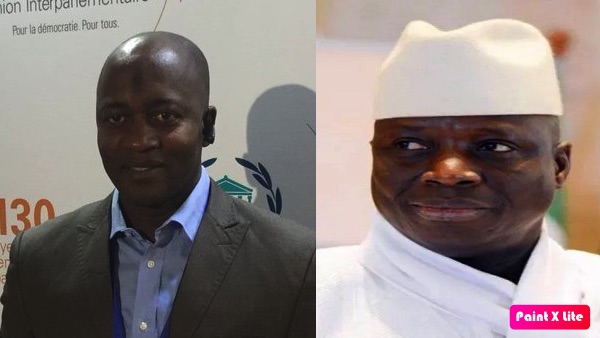 Honourable Musa Amul Nyassi, spokesperson of the Alliance for Patriotic Reorientation and Construction, has said former president Yahya Jammeh doesn’t deserve to be in exile.

Jammeh was forced into exile in Equatorial Guinea after he refused to accept his election defeat in December 2016. The APRC has demanded for the Barrow administration to fulfill the joint agreement they had with the former president which states he could come back at his free will.

However, the Gambia government has since warned Jammeh not to try to return home, warning that he could face justice and that his safety couldn’t be guaranteed if he did return without permission.

But speaking in a Star FM interview to be aired this morning Wednesday, Nyassi, who is also member for Foni Kansala, contended that the former ruler should not have been in exile in the first place, given his tremendous contributions and achievement in transforming the country economically.

“With all due respect, former president Jammeh doesn’t deserve what is happening to him right now because whether you like him or not, you know he has done something in this country that nobody has done, including the first and the current presidents, Jawara and Barrow,” he said.

Nyassi said it is thanks to Jammeh that the country is today boasting of thousands of university graduates.

“From 1994 to 2016, he built countless hospitals, the GRTS and schools. These are things that people should also appreciate and acknowledge,” he argued.

Still on Jammeh’s return, Nyassi said Jammeh is a citizen and reserves the right to come back to the country.

“If you ask me whether Jammeh will come back, I will tell you yes, but I cannot specifically tell you when and how. I am certain he will return to this country one day, God willing. Right now, no one can say anything tangible about his return,” he said.

Nyassi confirmed that the NPP of President Barrow and GDC of Mamma Kandeh both approached the APRC executive and party leader to discuss alliance possibility for the December presidential election but no tangible discussion has taken place to the best of his knowledge.

When asked whether the UDP has also approached the APRC, Nyassi said: “I am not sure about the UDP, I heard about the rumor but I cannot ascertain because the APRC executive is big. Sometimes when issues come up, they select a few people to delegate them with some responsibility”.

He however said the APRC has never discussed plans to approach any political party for an alliance but people are approaching them because the former ruling party is now “a hot cake” that all political parties will want to taste, adding that it would be a monumental mistake for anyone to suggest that Foni is the only APRC stronghold.

He said the APRC will come up with a presidential candidate in December if they failed to form an alliance with another party.

He said the APRC has managed to mysteriously recover from the smear campaign they suffered in the past years especially in the first years of President Barrow. “Now almost all the political parties are opening up to us,” he said.

He said the October 2017 Buffer Zone political meeting played a big role in the party’s resurgence.