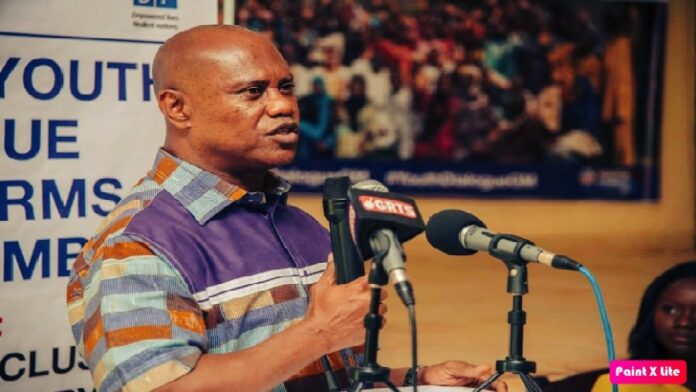 The government of the Gambia is open to mediation talks on the contentious issues which led to the defeat of the draft constitution with a view to reaching consensus, justice minister Dawda Jallow told lawmakers yesterday.

The bill, envisaged to replace the 1997 constitution was defeated in dramatic fashion by the National Assembly in September 2020 precluding its referral to public referendum.

The minister and President Barrow specifically came under coruscating attack amid accusations of a “grand conspiracy” against the Gambian people hatched by the State House to defeat the draft constitution.

Some observers denounced what they called the minister’s “lackluster performance” on the floor of the Assembly.

President Barrow’s sympathisers in parliament had also made it clear at the time that they would not support any law restricting Barrow from running after the December 2021 election.

Following the public outcry, the government reached out to mediation specialist and former Nigerian president Goodluck Jonathan to help resolve some of the deadlocks in the draft but his attempts have since failed as politicians remain divided on the retroactive application of the current term of incumbent President Barrow.

Responding to enquiries by lawmakers on what progress has been made in attempts to salvage the draft, Ebrima Sillah, the minister of information who read a statement on behalf of the AG, said: “Progress has been made so far as political parties have reached consensus on all the issues except the issue of the retrospectivity of the current presidential term. Another issue that has risen is how the amendments of the consensus issues should be carried out. The two options circulated at the moment is for either the Ministry of Justice to update the draft before sending to the National Assembly or for the draft to be sent to the National Assembly in its current form and then subsequently updated at that level.”

Asked whether government will submit the draft constitution to the Assembly before the end of the legislative year, Minister Sillah responded: “I want to believe these two issues are being considered and hopefully a decision will be reached. It is difficult to be definite when it comes to policy implementation or formulation. I want to believe that the AG’s Chambers will take this seriously and provide the necessary intervention.”

The NAM for Serekunda, Halifa Sallah told the Minister that the Assembly does not consider drafts but bills.

Mr Sallah argued that when a matter has been disposed of by the National Assembly, a procedure is outlined how that matter can be placed before lawmakers for consideration. He urged the Minister to clarify how the government intends to bring the matter back to the Assembly.

“Unfortunately, these are typical legal issues that I may not have knowledge on, the AG will be fully informed,” Sillah replied.

Meanwhile, the Solicitor General Hussein Thomasi, told a meeting of civil society organisations yesterday that the government is committed to delivering a new constitution.

Addressing a national summit on open governance and accountability organised by Open Society Platform of The Gambia and the National Democratic Institution, Mr Thomasi said the Ministry of Justice is still working on modalities to resurrect the draft.

“The draft constitution is very much on the agenda and still part of the government’s reform process,” he said. “It is not dead. Work is still in progress.”

He said the government’s decision to establish the National Human Rights Commission clearly demonstrated the Barrow administration’s commitment to putting “a stop to all government excesses”.

Speaking at the event, the resident program director of the National Democratic Institute Raymond Esebagbon, said his institution’s goal is to support civil society and government’s efforts to promote participatory and open governance processes in The Gambia with the overarching objective to improve the country’s chances to become a member of the Open Governance Partnership (OGP).

“OGP was launched in 2011 to allow domestic reformers to make their own governments across the world more open, accountable, and responsive to citizens. Since 2011, OGP has grown to 75 participating countries whose government and civil societies work together to develop and implement open government reforms,” he said.

The meeting was designed for knowledge-sharing on the country’s current eligibility status as well as to tease “out fiscal transparency reform challenges in the country.”