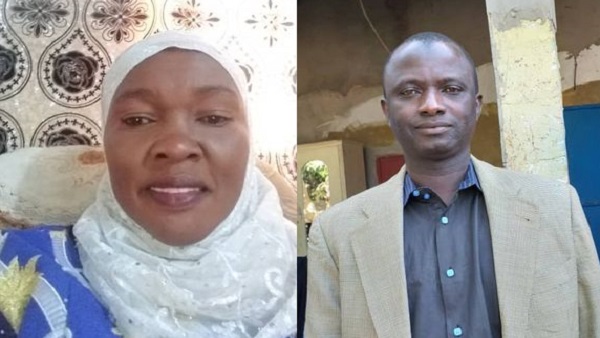 The parents of Gambian Seria-A wonder-kid Musa Juwara have said they feel elated and joyful by their son’s weekend exploits. The boy scored alongside fellow Gambian Musa Barrow for FC Bologna who beat Inter-Milan 2-1. His performance captured lines around the world while Gambians back home reveled in the great news.”We are a proud parent and grateful that he made the whole country happy. We shall continue o encourage him to work harder as we always do. We are excited also that the whole country is proud of him and supporting him,” his parents Lamin Juwara an education officer and Jarra Bittaye head teacher at Batokunku Lower Basic school told The Standard yesterday.
The Juwaras are from Tujereng village.

Who is Musa Juwara?
The teenage forward only arrived in Italy four years ago, but netted his first Serie A goal on Sunday as Bologna beat Antonio Conte’s title hopefuls.
Musa Juwara arrived in Italy in 2016 on a boat as an unaccompanied minor, and since then, a new family and football have changed his life.
The 18-year-old Gambian striker equalised for Bologna in the 74th minute against Internazionale on Sunday, following Romelu Lukaku’s opener, before his compatriot Musa Barrow netted a winner six minutes later to secure an unlikely victory over Antonio Conte’s Serie A title hopefuls.

It was an ill-tempered contest, with both sides having a player sent off, but that will matter little for Juwara, who has enjoyed a remarkable rise to prominence in recent years, having first set foot in Europe four years and one month ago.
Born in 2001, he arrived in Italy when he was just 15, landing on the coasts of Sicily after crossing the Mediterranean on a boat.

The teenager had been orphaned at a young age, and was raised by his grandfather before deciding to travel to Europe in search of a brighter future.
He spent time in Ruoti, in the province of Potenza, before discovering his passion for football with Virtus Avigliano, where coach Vitantonio Summa took him under his wing and also acted as a legal guardian.

Summa, along with his wife, eventually became Juwara’s custodial parents.
The first club to bet on Juwara’s youthful promise was Chievo Verona, although he truly caught the eye with Torino at the 2019 Torneo di Viareggio, an annual youth tournament held in Tuscany.

Here, he scored three goals in as many games, demonstrating the potential that had seen him named in The Guardian’s Next Generation 2018 list.
Last summer, Bologna took a punt on Juwara, and he initially joined their U-19 squad.
He made his debut in an Italian Cup game against Udinese in December, and made his first Serie A appearance two months later against AS Roma, coming on for his fellow Gambian Barrow.

The teenager caught the eye in a brief cameo against Juventus after being brought on for the final eight minutes of the 2-0 defeat on June 22, making an impression with his speed and movement.

Bologna coach and former Lazio defender Sinisa Mihajlovic firmly believes in Juwara’s talents, despite having used him sparingly so far this term.
The Yugoslavia great gave the 18-year-old a longer run-out against Inter, introducing him with 25 minutes to play as Bologna looked to overcome the deficit.
“Sinisa told us at the interval that, with a goal, we would win the game,” Juwara told journalists after the victory.

And so it proved, as Juwara equalised after capitalising on Roberto Gagliardini’s mis-kick, nine minutes after his introduction, before Barrow, who had earlier struck the woodwork, secured an outstanding victory and further dented Inter’s faint title aspirations.
Four years and one month after first arriving in the country on a boat, following a dangerous and treacherous journey, Juwara is the name on Italy’s lips.