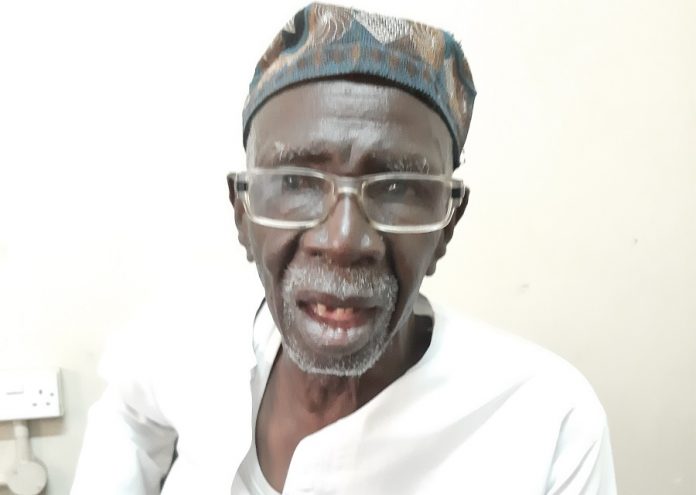 A 66-year-old Gambian international diamond dealer, Alhaji Mory Gassama, has called on the Gambia government to put pressure on Senegal to return his D23, 200, 000 worth of diamond confiscated by Senegalese customs in 2006.

Gassama, who walked into The Standard offices yesterday, explained that it was back in 2006 when he was intercepted by the Senegalese police and customs officers with his diamond weighing 186.4gram, being approximately 929.75k estimated at US$500 per carat.

He is now appealing to The Gambia Government, to help him recover his money and diamonds, amounting to US$ 464,875.00 from the Senegalese Government, as ordered by Senegalese Courts.

Gassama is also demanding a compensation of 14 years damages worth $1, 638, 000.
“I want to call on the Gambia government to put pressure on their Senegalese counterparts to either return my diamonds or my money,” he appealed.
Gassama said he has suffered a lot in trying to recover his diamond, “I spent 11 months in jail and appeared 28 times in court”.

He said the Senegalese Court ruled in his favour, and asked the Senegalese authorities to refund him the Ten Million CFA fine he paid earlier through court orders with his diamond stones, but Senegalese Customs are reluctant to do so.

“They wanted to refund only the fine I paid so I forgo the diamonds they seized from me which I refused to accept. I want my diamond and money, or at least the money equivalent to my diamond,” Gassama said.

A letter with Attestation of Valuation of confiscated goods, and receipts attachments dated 6 March 2006 was shown to this medium.
Gassama’s 1000 carats diamond worth $500,000, was confiscated in 2006, when he was travelling to Senegal for a business trip.

He said he had recently reported the issue to the Senegalese Minister of Justice.
“I went there with the Gambian Ambassador in Dakar but he referred us to the Senegalese Chief Justice who had promised to write an order for me to be refunded my money but I have not heard from them since.

“I also wrote a letter to the Office of the President to ask them to intervene and I was informed that the president has written to the ministry of foreign affairs to take up the matter but since then, I have not heard anything tangible,” he lamented.

The aggrieved old man added: “My children are no more going to school because I have nothing to finance their schooling.”
Gassama was born in Tuba Tafsir village in the Upper River Region and presently residing in Pipeline.