He moved from a Swedish second division, Ostersund, to the elite English Premier League side. The chairman of his Swedish club has confirmed the move and praised the Swans’ approach.

“The club is both glad and proud and wishes Modou all the best. I’ve never been involved in a bigger deal, and I don’t know if I’ll ever be involved in anything similar again,” Chairman Daniel Kindsberg said.

As for Barrow, he’ll play for Ostersund on Tuesday before travelling to join the Swans the next day.  Barrow is a Gambian-Swedish. 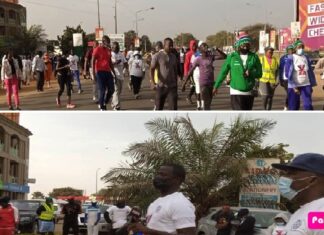 January 25, 2021
A feature, by Alieu Ceesay In The Gambia, there hasn't been any specific report of trafficking in sports, yet, but the general menace of illegal...