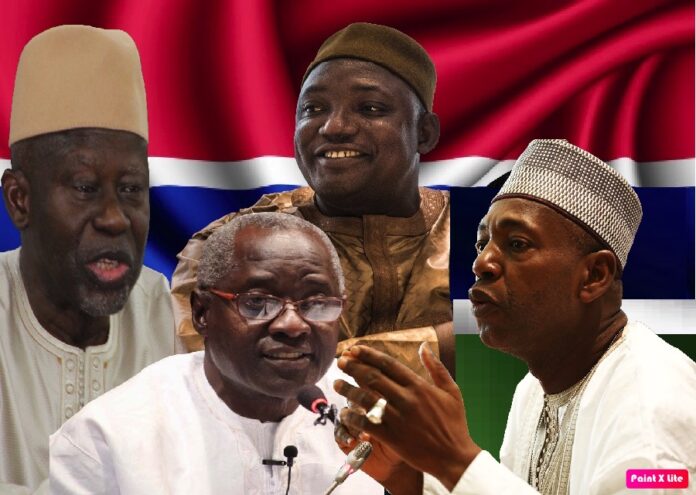 When Adama Barrow brought Yahya Jammeh’s 22-year rule to a shocking end in 2016, he was hailed as a hero. His political godfather, Ousainu Darboe, even compared him with Moses. But the hope inspired by Barrow’s ascendancy to power has long since faded.

The former estate agent was a political novice who united a divided opposition in a coalition, promising to create jobs, repeal bad laws and create a level political playing field. He also promised to be only a transitional president, resigning after three years.

Many Gambians who voted him into office now say there has been little progress. Some even draw comparisons of his governance with Jammeh’s style.

This, to many, has been demonstrated during the Niamina West by-election held on Saturday, November 7th  in which his newly-formed National People’s Party (NPP) won a landslide victory over the Gambia Democratic Congress (GDC).

Many political pundits described NPP’s first electoral bout as a storm in a tea cup and the results cannot be used as a parameter to measure any party’s popularity. This might be a valid point and necessary but not sufficient to be used as an explanatory power of how politics is evolving in The Gambia.

More so, relating to the realities underground about the opposition’s readiness to educate and to robustly engage the Gambian electorate about their voting behaviour.

Political party-building theorists tell us that politicians and incumbents have the incentive to turn to the electorate and bend their will or choice to achieve collective goals of winning elections and to increase the likelihood of sustaining a long political career.

Just to demonstrate how serious the Niamina West by-election was, Barrow sent a big entourage there, including Hamat Bah as well as virtually all his advisers and other civil servants, including some other cabinet ministers.

“What happened in Niamina West and Kerr Jarga is evidence and should serve as a warning to Gambian opposition that they should not underestimate Adama Barrow and his team of political strategists who are ready and equipped to venture into turbulent political waters by all means,” Lamin Keita, a PhD holder in political science told The Standard.

Keita said the country’s opposition should pay attention and understand that these political pragmatists should not be treated as underdogs or lightly.

Monetary inducement and use of state resources

The NPP team led by Tourism Minister Hamat Bah is accused of distributing money and using government resources during the campaign.

“I saw Hamat Bah giving envelopes to would-be voters when he returned from his brief trip to Banjul. All those who went to greet him left with white envelops. I saw most of them smiling; some were even saying their votes are for the NPP,” an eye-witness, who was driving one of NPP’s campaign vehicles told The Standard. Hamat Bah has since denied the allegations.

Although the use of money could not be officially substantiated, at least the report of Minister Bah using his official vehicle in most parts of the campaign was confirmed.

Another highly contentious issue during the campaign was the government’s calculated decision to start distributing the NAFA money in Niamina West just four days before the election.

“The distribution of the NAFA money had played a very big part in my decision to vote for the NPP,” Modou Sowe who said he was undecided before receiving the money told this medium.

A source, who was among the NAFA distribution team, told this medium: “We were not supposed to be here – when I was told we are coming, I was even surprised. According to our schedule, we should have been in Kiang and Baddibu.”

The opposition GDC sees this as an attempt by the NPP to induce poor voters.

“If what happened in Niamina West is anything to go by, Barrow’s way of politicking is no different to Jammeh’s, except that there is no more intimidation of voters. They have a lot of similarities in terms of the way they give out money and promises that are unrealistic to induce voters,” an independent observer who was in Niamina out of curiosity argued.

But one thing is clear, the election was not about who can best represent the welfare of the constituents based on their integrity, track-record, competence and vision. But some type of political carnival.

What happened during the political campaigns and post-by-election victory celebration speeches from the Barrow camp hint us that the world’s most renowned con-artists such as David Hampton and Bernie Madoff are not better than these people.

They mastered the art of political calculations and manoeuvring through co-optation to weaken and disadvantage their opponents.

By and large, NPP’s first election gain revealed two things. First, elites or incumbents have an instrument to win elections in most of the African context because they have the means and influence to obstruct the nascent democratic electoral participation through co-optation and patronage.

Second, the opposition must be ready to do a reality check in terms of missteps and what went wrong in those localities that might serve as the first litmus test for the NPP.

But what exactly does this mean for Gambian politics moving forward? Political scientist Keita argued: “The opposition must always advance the course of vetting for a competent and a sellable candidate in the forthcoming elections. For underestimating Barrow-led government would result in a fatalistic blow to the prospect of the opposition’s future gains.”

“People who surround Barrow know their limits and also understand that without Barrow their pockets would be emptied, and they will be unemployed. Thus, they would rather squarely defend that elite interest by securing Barrow’s electoral victory whatever it takes,” Keita said.

What happened in Niamina West and Kerr Jarga fundamentally reflects a macrocosm of Gambian society. In other words, it is a small society, place, or electoral zone, but might have all the typical features of a much larger one, and so seems like a smaller version of what will precede if robust and pragmatic approaches are not designed to counter such mechanics.

The recent development re-echoes a hint at the opposition parties that they have more work to do, to reassert and situate themselves with realities underground.

The United Democratic Party spokesperson at the time, Almami Taal, had insisted that the Niamina West constituency and Kerr Jarga ward by-election results are not a referendum on its popularity and if anything, the successes of NPP in the polls should be celebrated as a victory for democracy.

Yes, popularity matters in politics, but not historically adequate in the African context. We all witnessed how Jammeh was able to suppress voters to his advantage for 22 years because he used the power of incumbency and the totality of the government machinery to win.

We were able to defeat Jammeh at the polls in 2016 because Jammeh reached a threshold that pushed every bona fide Gambian against the wall. However, under a semi-democratic context like Barrow’s it is a different subject – a looming thematic pervasion of the rule of the game in the name of democracy lingers.

Look at the recent development in Guinea and Côte d’Ivoire, and even in the United States, which is considered the beacon of democracy, you will see how the political polarity is being changed by a few individuals.

It will only be a pipe dream for the opposition to think that they can easily sweep the polls and unseat the incumbent in 2021. They really need to do their homework and study the NPP’s trajectory and mechanics of “vote splitting” to disadvantage the prospects of the opposition.

Omar Bah is the chief reporter at The Standard.